Most of Myanmar's 1.1 million Rohingya Muslims are stateless and live in Apartheid-like conditions in Rakhine state on the western coast of the predominantly Buddhist country 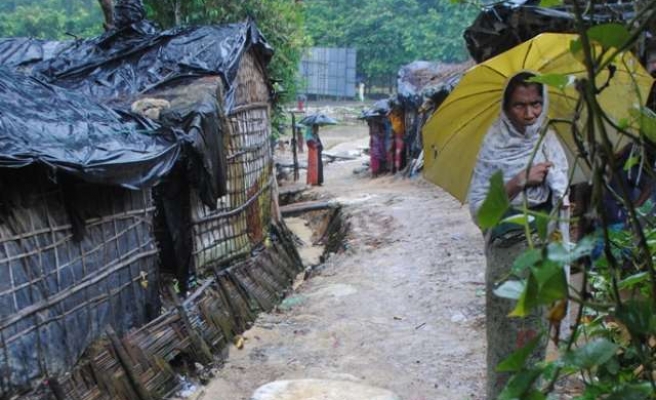 U.N. Secretary-General Ban Ki-moon's latest report on Myanmar raises serious concerns about ethnic and religious tensions that have led to violence against Rohingya Muslims, though he praises the government's attempts to press ahead with democratic reforms.

The situation is especially worrying in Rakhine state, Ban said, where deep rifts between the Buddhist and Muslim communities have widened and the conditions at camps for internally displaced persons have deteriorated.

"The deep-seated inter-ethnic and inter-religious tensions that have re-emerged around the country have given rise to further violence, loss of life, displacement of populations and destruction of property," the U.N. chief said in his annual report to the General Assembly's Third Committee.

The Third Committee, which focuses on human rights, will be discussing Ban's report on Myanmar, also known as Burma, in the weeks ahead. It is also expected to adopt a resolution about its concerns - an annual ritual to which Iran, North Korea and Syria are also subjected.

"The situation in Rakhine state continues to cause widespread concern and alarm both domestically and internationally," Ban said.

Most of Myanmar's 1.1 million Rohingya Muslims are stateless and live in Apartheid-like conditions in Rakhine state on the western coast of the predominantly Buddhist country. Almost 140,000 Rohingya remain displaced after deadly clashes with ethnic Rakhine Buddhists in 2012.

Condemnations from Myanmar's leaders have not improved the situation, Ban said.

"While the government of Myanmar has repeatedly made strong statements of actions to be taken against perpetrators of violence, these have not been conveyed with sufficient firmness to the local level," the report said.

Ban suggested he was concerned about the 2015 general election, in which Nobel Peace Prize laureate Aung San Suu Kyi, who spent nearly two decades under house arrest for her efforts to promote democracy, is barred from running for president.

"Addressing the legitimate concerns of various political parties about the restrictions and conditionalities imposed by the Election Commission will be important," the report said.

Next year's parliamentary elections will be the first since Sein embarked on landmark reforms in 2011, dismantling the control of the military, which had ruled since seizing power in a 1962 coup.

The annual scrutiny to which Myanmar is subjected at the Third Committee and at the U.N. Human Rights Council in Geneva has long annoyed Myanmar's leaders. They have insisted they be dropped from the bodies' agendas, a demand Myanmar's foreign minister reiterated last week in his address to the U.N. General Assembly.

"All major concerns related to human rights have been addressed to a larger extent in the new Myanmar," Wunna Maung Lwin said. "Therefore we are now fully convinced that Myanmar should no longer remain on the agendas of the Human Rights Council and the Third Committee of the General Assembly."

Western diplomats say their governments and delegations from over 50 Muslim countries agree that Myanmar should remain under U.N. scrutiny for the foreseeable future.