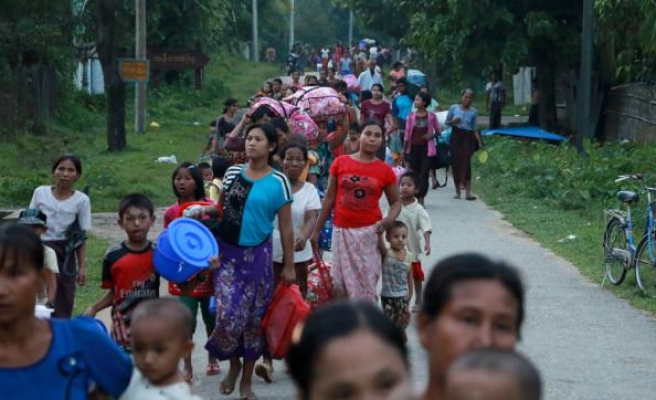 Marzuki Darusman, chair of the International Fact-Finding Mission on Myanmar, also said Rohingya people had faced "major atrocities" and had been the subject of “dehumanizing propaganda”.

Speaking at the 36th session of the UN Human Rights Council in Geneva, Darusman said: "There are reports of landmines being planted on the border with Bangladesh that are maiming and killing those trying to escape the violence, including children.

“There are also reports of dehumanizing propaganda that akin the Rohingya to pests."

The UN investigator said over 400,000 people had sought refuge in Bangladesh in less than a month and nearly 200 Rohingya villages in the affected area had been emptied.

Myanmar was urged to grant full access to the country, so investigators could probe the allegations.

"We communicated with the government of Myanmar, requesting cooperation with us and full and unfettered access to the country," Darusman said.

Darusman also appealed to the UN Human Rights Council to extend his mandate by six months to September 2018 to probe the Myanmar violence.

Since Aug. 25, around 410,000 Rohingya have crossed from Myanmar's western state of Rakhine into Bangladesh, according to the UN.