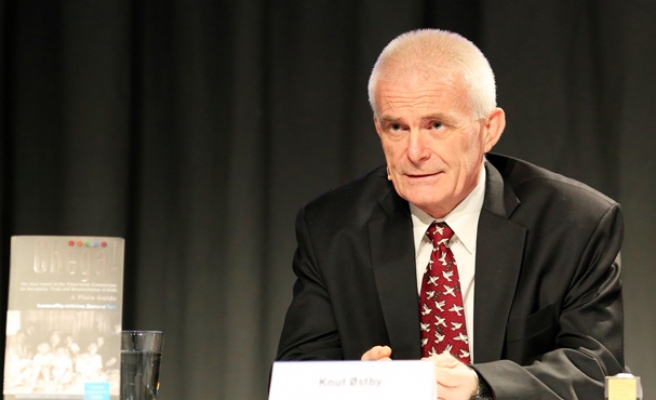 The United Nations on Tuesday appointed Knut Ostby of Norway as its new interim resident coordinator for Myanmar.

According to a statement from UN’s Office of the Resident and Humanitarian Coordinator in Yangon, Ostby, who has extensive experience in development, human rights and humanitarian affairs from 17 countries, succeeds Renata Lok-Dessallien.

Lok-Dessallien, who served as UN Resident Coordinator in Myanmar for five years, has been accused of trying to prevent the Rohingya issue from being properly addressed.

Since Aug. 25, some 607,000 Rohingya have crossed Myanmar's western state of Rakhine into Bangladesh, according to the UN.

Refugees are fleeing a military operation in which security forces and Buddhist mobs have killed men, women and children, looted homes and torched Rohingya villages. Approximately 3,000 Rohingya have been killed in the crackdown, according to Bangladeshi Foreign Minister Abul Hasan Mahmood Ali.

British media was reportedly told by sources the Lok-Dessallien and her team isolated staff who want to discuss the Rohingya minority issue at high-level meetings.

She would take on “another assignment at headquarters”, the statement said without elaborating.

During his career with the United Nations, Ostby has held leadership positions in Afghanistan, Malaysia, Maldives, Kazakhstan, Pakistan and at headquarters in Copenhagen and New York.