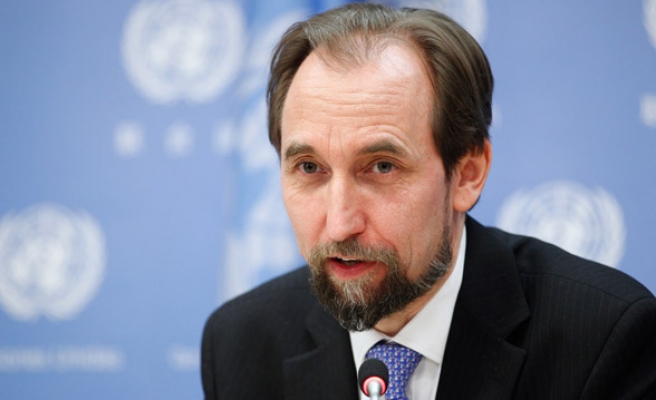 "I have been looking forward to coming and I am looking forward to meeting both the highest officials of the state as well as representatives of all communities," Zeid, the UN High Commissioner for Human Rights, said soon after landing in Colombo.

He said he was hoping for "constructive discussions" during his four-day visit which will also take him to the former war zones of Jaffna in the island's north and Trincomalee in the north-east.

In addition to meeting with President Maithripala Sirisena, Zeid will also meet with war victims as he prepares to make a report to the UN Human Rights Council in March on the nation's progress in probing war crimes.

The Council adopted a resolution late last year calling for credible investigations into wartime atrocities committed by the government-backed military during the island's 37-year civil war.

However, President Sirisena has agreed to a domestic investigation into allegations that troops killed at least 40,000 ethnic Tamils while defeating Tamil Tiger separatists in the final stages of the war which ended in May 2009.

In contrast, his predecessor Mahinda Rajapakse had resisted calls for a probe after maintaining that not a single civilian had been killed by troops under his command.

A UN report in September described horrific wartime atrocities committed by both the Sri Lankan military and the Tamil Tiger rebels whose leadership has since been wiped out. An estimated 100,000 people died in Sri Lanka's ethnic war between 1972 and 2009.