UN: Rohingya abuses may be crimes against humanity 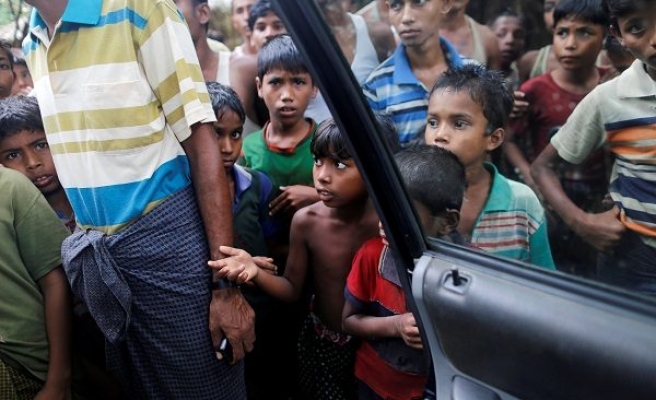 The UN human rights experts on Wednesday called on Myanmar authorities to stop violence against Rohingya Muslims which, they said, may constitute "crimes against humanity".

"We are particularly worried about the fate of Rohingya women and children subject to serious violations of their human rights, including killings, rape and forced displacement," the United Nations Committee on the Elimination of Discrimination against Women (CEDAW) and the Committee on the Rights of the Child (CRC) said in a joint statement.

"Such violations may amount to crimes against humanity and we are deeply concerned at the State’s failure to put an end to these shocking human rights violations being committed at the behest of the military and other security forces, and of which women and children continue to bear the brunt," the statement added.

The committees called on the Myanmar authorities to immediately stop violence against Rohingya Muslims and investigate the crimes "promptly and effectively".

They also urged Myanmar authorities to ensure "prompt and durable" return of displaced Rohingya who wish to live in Myanmar, and grant access to humanitarian aid agencies.

Since Aug. 25 when the military launched a crackdown against Rohingya militants, 507,000 Rohingya have crossed from Myanmar's western state of Rakhine into Bangladesh, according to the UN.

Last October, following attacks on border posts in Maungdaw district, security forces launched a five-month crackdown in which, according to Rohingya groups, around 400 people were killed.

The UN documented mass gang rapes, killings -- including of infants and young children -- brutal beatings and disappearances committed by security personnel. In a report, UN investigators said such violations may have constituted crimes against humanity.