Releases part of deal signed in 2012 between former pariah state and UN to end the recruitment and use of child soldiers. 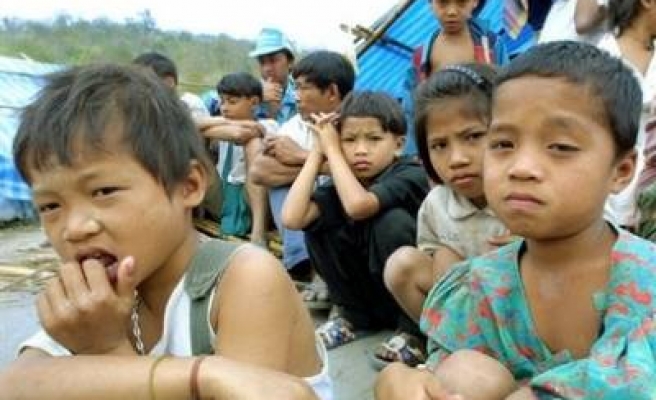 The releases are part of a deal signed in 2012 between the former pariah state and the UN to end such recruitment and use of children.

On Friday, the military -- known as the Tatmadaw -- freed 42 soldiers who were under 18 years old when the UN deal was signed, bringing the total number released in the last 12 months to 418.

"This is a record number of children coming out of the Armed Forces, reflecting the accelerated efforts of the Government of Myanmar and the Tatmadaw to put an end to the harmful practice of recruiting and using children," said Renata Lok-Dessallien, UN resident coordinator in Myanmar.

A total of 595 children have been freed from military service since the Myanmar government signed the UN deal as part of a package of reforms following 50 years of military rule. There are no reliable figures on the number of children still serving.

Despite the record number of releases, rights group Child Soldiers International on Friday accused the Tatmadaw of continuing to recruit children.

"The revolving door of the recruitment of children has to stop," said Charu Lata Hogg, the group’s Asia program manager.

Many rebel groups that have been at war with Myanmar’s army for decades also recruit child soldiers, the UN said.

U.S. President Barack Obama decided in October to keep Myanmar on a sanctions list because of its continued use of underage soldiers.

Although the U.S. has suspended sanctions on most forms of trade and investment, it still prohibits the trade of weapons and other military equipment.

Myanmar’s government, which is made up of retired generals, has pledged to sign a nationwide peace accord with 17 ethnic militias before a milestone general election later this year.

But negotiators walked away empty handed from the latest round of talks and fighting continues to rage along the restive borderlands.

Last week around 2,000 civilians were trapped by fighting between government troops and the Kachin Independence Army in the country’s north.