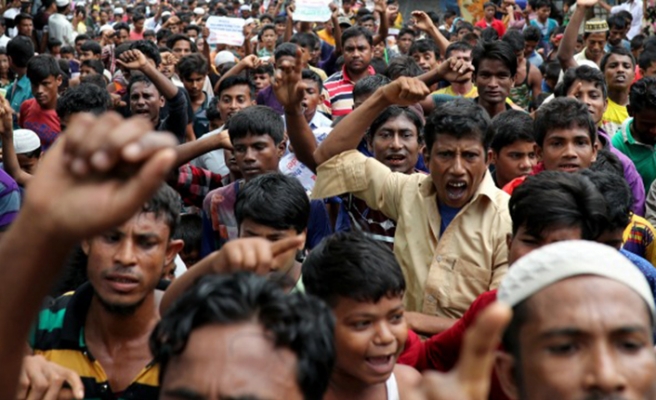 UN Human Rights chief Michelle Bachelet on Tuesday urged the Bangladesh government to halt plans for the repatriation of more than 2,200 Rohingya refugees to Myanmar.

Bachelet warned the return would be in violation of international law and put their lives and freedom at serious risk.

“The refugees in Cox’s Bazar are the victims of human rights violations committed in the midst of the violence that erupted in August 2017, which led to the flight of more than 725,000 people. Many witnessed the killings of members of their families and the burning down of their homes and villages.

"Refugees have stated repeatedly that they do not wish to return under current conditions. Several of the refugee families apparently listed for return are headed by women or children,” she said.

The UN Office of the High Commissioner for Human Rights also continues to receive reports of ongoing violations of the rights of Rohingya remaining in northern Rakhine which include allegations of killings, Bachelet recalled.

“We are witnessing terror and panic among those Rohingya refugees in Cox’s Bazar who are at imminent risk of being returned to Myanmar against their will,” she said.

“Forcibly expelling or returning refugees and asylum seekers to their home country would be a clear violation of the core legal principle of non-refoulement, which forbids repatriation where there are threats of persecution or serious risks to the life and physical integrity or liberty of the individuals,” Bachelet added.

The commissioner called on the Government of Myanmar to show its seriousness in creating the conditions for return by addressing the root causes of the crisis in Rakhine state, in particular the systematic discrimination against and persecution of Rohingya.

According to Amnesty International, more than 750,000 Rohingya refugees, mostly children, and women, fled Myanmar and crossed into neighboring Bangladesh after Myanmar forces launched a crackdown on the minority Muslim community in August 2017.

The UN has documented mass gang rapes, killings -- including of infants and young children -- brutal beatings, and disappearances committed by Myanmar state forces. In a report, UN investigators said such violations may have constituted crimes against humanity.