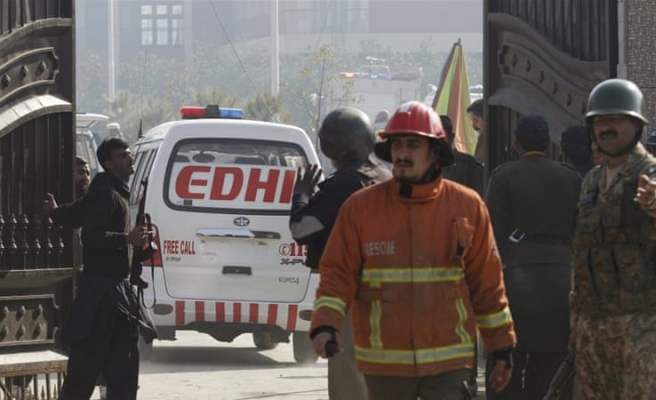 At least 11 people, including two soldiers were injured after armed assailants stormed a university hostel in northwestern Peshawar city, the capital of northwestern Khyber Pakhtunkhawa province, Friday, according to police and local media.

Soldiers rushed to the scene after an explosion followed by heavy firing was heard at the hostel of Agriculture University Peshawar.

Geo TV reported that “three terrorists” had been killed.

Provincial police chief Salauddin Khattak told reporters that over a dozen students had been rescued, while an operation remains underway to overpower the remaining armed "terrorists".

Firing shots were still being heard till the filing of this report.

No group has so far claimed responsibility for the attack.

In 2014, more than 140 people, mostly students, were killed in a gun-and-bomb attack at an army-run school in Peshawar.