The military government in Myanmar has deprived the Rohingya people of their citizenship and continue to languish with healthcare being refused. 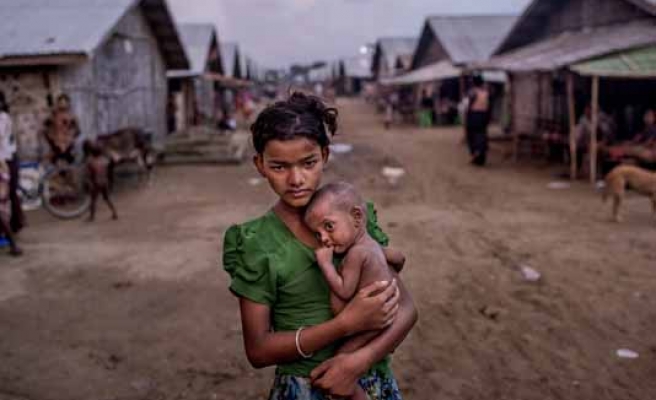 Myanmar's persecuted Rohingya continue to languish in "dreadful conditions" with children dying because they are refused healthcare, the UN has warned, adding that the Muslim minority risked being forgotten in the afterglow of recent elections.

The comments were made by a senior UN official following a visit to western Rakhine state, where the Rohingya have been targeted by violent attacks and state-sanctioned discrimination in Buddhist-majority Myanmar, earning a reputation as one of the world's most persecuted peoples.

More than 100,000 Rohingya are languishing in camps in Myanmar's west after communal unrest in Rahkine state left villages torched and scores dead in 2012.

They are denied full citizenship and large numbers were disenfranchised in historic November polls that saw the pro-democracy party of Aung San Suu Kyi sail to victory with a massive popular mandate.

John Ging, director of operations at the UN's Office for the Coordination of Humanitarian Affairs (UNOCHA), said he was shocked to see the state of the refugee camps during his February visit.

He described a raft of temporary shelters on the verge of collapse, and told familiar stories of families denied medical care on account of their religion.

"It was heartbreaking to see so many children in these dreadful conditions," he said in a statement from New York on Tuesday.

"One mother told me that her baby, less than a month old, died from lack of oxygen in December after she was denied access to treatment at the nearby township hospital," he added.

In an accompanying statement, UNOCHA stressed that the Rohingya and other groups displaced by violence "must not be forgotten" as the country advances towards democracy.

"Myanmar is going through an impressive democratic transformation, which is unlocking significant economic growth and development. However, not everyone in Myanmar is benefiting in this transition," the agency said, adding that some 100,000 non-Rohingyas are also displaced in separate conflicts between the army and ethnic rebels in Kachin and Shan states.

Though Suu Kyi has said she will protect Muslims in the state, the Nobel laureate has faced international criticism for not taking a stronger stance on the Rohingya's plight, and for failing to field any Muslim candidates in November's polls.

Carving out a solution for the Rohingya and addressing strident anti-Muslim rhetoric among Buddhist nationalists across the country will be a key test of her administration.

In recent years, tens of thousands of Rohingya have fled Rakhine in perilous sea crossings, usually bound for Muslim-majority countries like Malaysia and Indonesia.