Up to 15 missing after boat capsizes off Macau 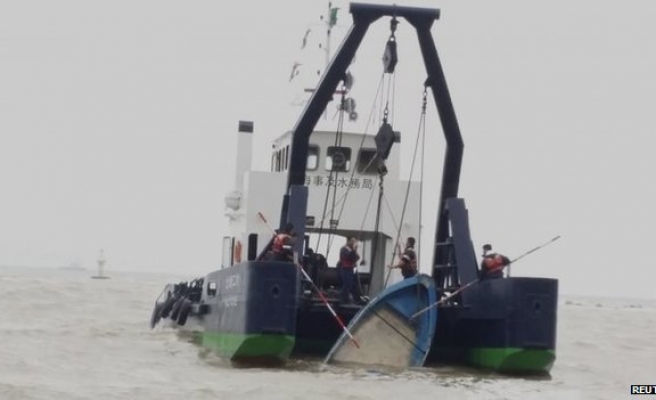 World Bulletin / News Desk
A speedboat suspected to be transporting illegal immigrants from mainland China capsized off the coast of Macau early Friday, leaving up to 15 people missing.

A search and rescue operation involving mainland Chinese and Macau authorities was underway after the boat overturned around 1,650 feet (500 meters) from the former Portuguese colony's coast, the South China Morning Post reported.

The vessel had been carrying 19 people – including one captain and two sailors – when it capsized, according China’s state new agency Xinhua. Local authorities said two men and two women had been rescued as of 1 p.m. (0700GMT).

The Post quoted Macau Customs spokesperson Lao Pui-tak as saying, “all the survivors are illegal immigrants from the mainland [China].”

“One of the men complained of feeling unwell and was sent to hospital. He has been discharged after an examination.”

Search and rescue operations remain ongoing in an area with a radius of one to two nautical miles.

Operations were hampered by strong winds, according to an unnamed Macau Marine and Water Bureau spokesperson cited by the Post.

Customs officers were able to retrieve the fiberglass vessel from the sea and bring it to shore.