Rescue workers on Wednesday dug through the debris in at least five districts of southwestern Baluchistan province, which was rocked by an earthquake registering 7.8 on the Richter scale a day earlier. 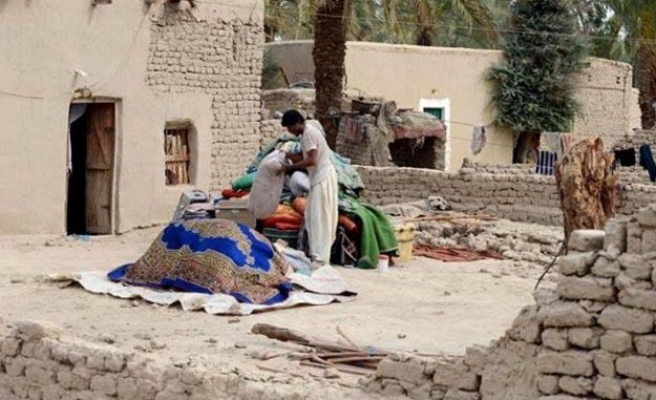 Rescue workers seeking to help the thousands of people struck by the powerful earthquake that rocked Pakistan on Tuesday are complaining of a huge trail of destruction and the urgent need for food and medical supplies.

"We have rushed our medical and rescue teams to quake-hit areas, but the extent of destruction is too huge," Naimatullah Khan, the former mayor of Karachi and current head of the country's largest NGO Al-Khidmat Foundation, told Anadolu Agency.

On Tuesday, an earthquake measuring 7.8 on the Richter scale jolted the southern and southwestern parts of Pakistan, especially the towns of Awaran, Pasni and Dalbadin in Baluchistan.

Khan said rescue workers had not so far been able to reach far-flung areas due to communications disruptions and long distances.

"There is an acute shortage of medicines, food, potable water and other basic necessities," he asserted.

"We need urgent supplies of these items," added Khan, who served as Karachi mayor from 2002 to 2005.

Rescue conditions, he said, are relatively better in the urban parts of affected districts, but thousands are still awaiting rescue in remote areas of the country, particularly those near the border with Iran.

The lack of law and order is another factor that has affected rescue operations in quake-hit districts.

Awaran and adjoining areas are strongholds of Baloch separatists who are fighting Pakistani security forces for independence.

"Rescue workers, especially non-Balochs, are reluctant to go to these areas, as many non-Balochis have been killed by separatists during the last couple of years," Wahid Kazmi, a Karachi-based rescue worker who – despite these fears – is set to move to Awaran, told AA.