A senior U.S. aid official said he was optimistic a serious cholera outbreak could be averted in flood-hit Pakistan after emergency steps taken by international and Pakistani relief groups. 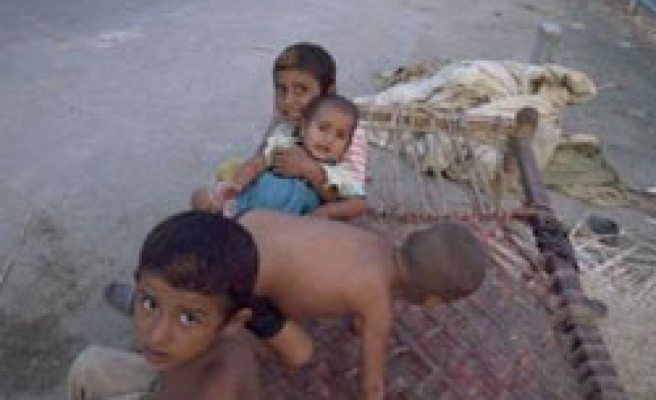 A senior U.S. aid official said on Saturday he was optimistic a serious cholera outbreak could be averted in flood-hit Pakistan after emergency steps taken by international and Pakistani relief groups.

But the United Nations has warned of a second wave of deaths among the sick and hungry if help does not arrived.

Cholera, which can spread rapidly after floods and other disasters, had also been detected in the northwest, where the floods first hit more than two weeks ago after exceptionally heavy monsoon rains.

The U.N. has reported the first case of cholera amid fears that disease outbreaks could spread with survivors sleeping in makeshift tarpaulin tents. Some beg or loot.

At least one case of cholera was confirmed on Friday and several more were suspected, said Mark Ward, acting director of the U.S. Agency for International Development's office for foreign disaster assistance. Epic floods have affected around 20 million people in Pakistan.

"The good news is that we know where it is and we can get resources in there to help because of the disease early warning system," said Ward, referring to a system set up by the World Health Organization to quickly detect any cases of cholera or other waterborne illnesses common in flooding.

"When you are dealing with this much water and that many people, it (cholera) is almost unavoidable," added Ward, who is in charge of coordinating USAID disaster relief efforts in Pakistan. "I think we can control this."

Cholera, a bacterial intestinal infection typically spread through contaminated water, causes severe diarrhea and dehydration and can be fatal.

A big issue in preventing more cases of cholera, said Ward, was ensuring that those suffering from the illness could be transported quickly to clinics set up to deal with waterborne diseases.

"We may well have to divert some air assets we have to transport people to treatment centers," he told Reuters in a phone interview.

The State Department said seven out of an additional 19 helicopters ordered by Defense Secretary Robert Gates earlier this week had arrived in Pakistan in support of flood relief efforts.

In addition, radio and text-messaging networks had been set up to get out information about the importance of good hygiene and washing hands, Ward said.

So far, the United States has given more than $75 million in financial and humanitarian assistance to help with flood efforts as well as helicopters.