US asks Bangladesh not to shut down humanitarian groups

Deadly sectarian riots and a subsequent government crackdown in the region led many Rohingyas to flee to Bangladesh, which also does not accept them. 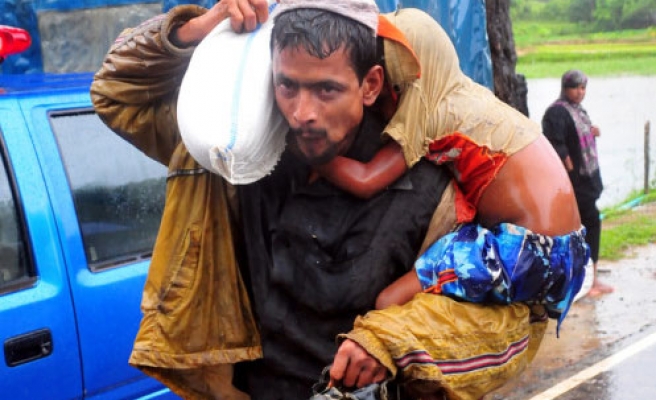 The United States on Tuesday called on Bangladesh to allow non-governmental organizations to continue providing aid to members of a minority group who have fled to Bangladesh to get away from violence in Myanmar's Rakhine state.

"The United States is deeply concerned by the Government of Bangladesh's stated intent to shut down non-governmental organizations (NGOs) that have been providing critical humanitarian aid to Rohingya residing in Bangladesh," U.S. State Department spokesman Patrick Ventrell said in a statement.

More than 800,000 Rohingya Muslims live in Myanmar, but they are not recognized by the government as one of its ethnic groups. Deadly sectarian riots and a subsequent government crackdown in the region led many Rohingyas to flee to Bangladesh, which also does not accept them.

Bangladesh last week told three NGOs to stop providing food and other humanitarian aid to Rohingyas because the assistance could encourage more people to try to cross the border from Myanmar.

Ventrell said the U.S. continues to monitor the tensions in Myanmar's Rakhine state and has urged the government of Myanmar to reach a peaceful resolution to the conflict.