The status upgrade may help US sell Afghanistan its defence supplies and train Afghan troops. 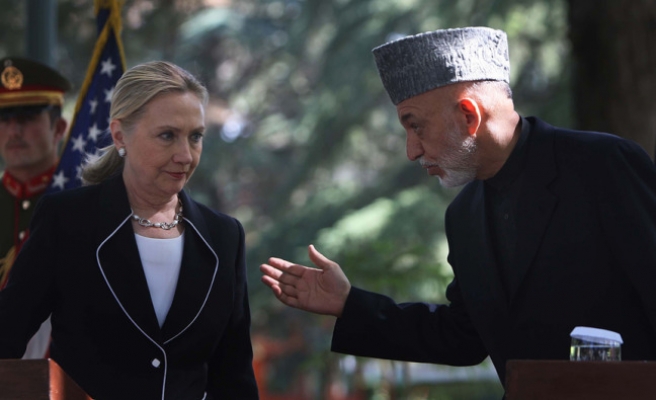 Washington declared Afghanistan a major non-NATO ally on Saturday, a status that grants US an opportunity to be able to sell Afghans weapons.

Secretary of State Hillary Clinton announced the decision, made by President Barack Obama, during her unannounced visit to Kabul where she met President Hamid Karzai on the eve of a major donors' conference in Tokyo which will draw pledges for aid.

The status upgrade may help US sell Afghanistan its defence supplies and train Afghan troops.

Clinton told a press briefing with Karzai before jetting off to Tokyo.

Obama's decision meets an announcement he made on a visit to Afghanistan this year to upgrade Kabul to a special security status given to only a limited number of U.S. partners -- including close allies like Israel and Japan -- which are not members of NATO.

Participants at the Tokyo meeting are expected to commit just under $4 billion annually in development aid for Afghanistan at Sunday's meeting, though the central bank has said the country needs at least $6 billion a year to foster economic growth over the next decade.

This is on top of the $4.1 billion committed annually by NATO and its partners for Afghanistan's security forces, pledged at a Chicago summit in May.

U.S. officials with Clinton declined to say how much aid the United States would pledge, which has significantly reduced aid since the peak year of 2010 when more than $6 billion was given, two thirds from Washington.