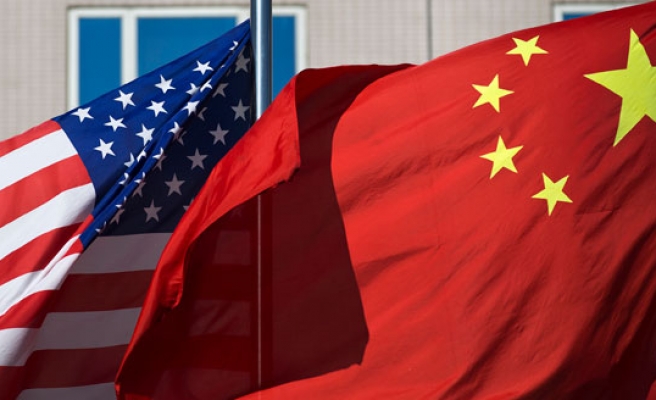 The United States and China have agreed on a UN resolution on North Korea's nuclear "provocations," the White House announced Wednesday, with diplomats saying it would include fresh sanctions and could go to a Security Council vote soon.

The United States circulated the draft text to the other three permanent council members -- Britain, France and Russia -- on Wednesday and was set to formally present it to the full 15-member council soon, said the diplomats, who asked not to be named.

Negotiations on the draft resolution began six weeks ago after North Korea carried out its fourth nuclear test on January 6, claiming it had successfully developed a thermonuclear device.

During a meeting at the White House Wednesday, US National Security Advisor Susan Rice and Chinese Foreign Minister Wang Yi agreed "on the importance of a strong and united international response to North Korea's provocations, including through a UN Security Council resolution that goes beyond previous resolutions," said a statement from National Security Council spokesman Ned Price.

"They agreed that they will not accept North Korea as a nuclear weapons state," added the statement.

Underscoring the importance that the US placed on the negotiations, the statement said that President Barack Obama dropped in on the meeting.

The announcement came despite substantial and very public disagreement between the US and China on the best way to handle North Korea.

China wants its reclusive neighbor to halt its nuclear weapons program and return to six-party international talks, but it has insisted that dialogue is the only way to curb Pyongyang's behavior.

The biggest obstacle to talks, it argues, is Washington's stubborn insistence that it will not sit down with North Korea until the country takes steps towards denuclearization.

Washington, on the other hand, insists that China, which is one of Pyongyang's biggest trading partners, should pressure the intransigent country into behaving better.

Beijing, however, fears that too much pressure could trigger the collapse of the pariah regime, creating a political and humanitarian crisis on its border and removing a buffer against US troops currently stationed in South Korea.

"There were a significant number of blockage points" between the United States and China, a Security Council diplomat said, adding that now "there is agreement."

"There is good progress on the resolution and we are hopeful that there will be an adoption in the coming days," the diplomat said.

One diplomat described the draft resolution as a "significantly substantive text", while another said it contained "a large number of very tough measures," as well as names to be added to the sanctions black list.

However, it stopped short of the strongest measures proposed by the United States, which had met with strong resistance from China.

The council has imposed four sets of sanctions on North Korea since it first tested an atomic device in 2006.

After North Korea carried out a rocket launch on February 6, the Security Council renewed its pledge to impose new sanctions on Pyongyang.

There are 20 North Korean entities and 12 individuals on the UN sanctions blacklist, which provides for an assets freeze and a global travel ban.

But a UN panel of experts said this month that sanctions had failed to prevent Pyongyang from scaling up its nuclear and ballistic missile programs.

After a decade of sanctions, the panel said, it found "no indications that the country intends to abandon its nuclear and ballistic missile programs."

"There are serious questions about the efficacy of the current United Nations sanctions regime," the experts said in a confidential report.

The White House statement added that Obama joined the meeting between Rice and Yi "to underscore his interest in building a durable, constructive, and productive US-China relationship."

The US leader also said he looked forward to welcoming Chinese President Xi Jinping to a March 31-April 1 nuclear security summit in Washington and "working together towards its success," the statement said.