The U.S. report said China was placing emphasis on preparing for potential contingencies in the South and East China Seas, noting an October drill named Maneuver 5 in the Philippine Sea. 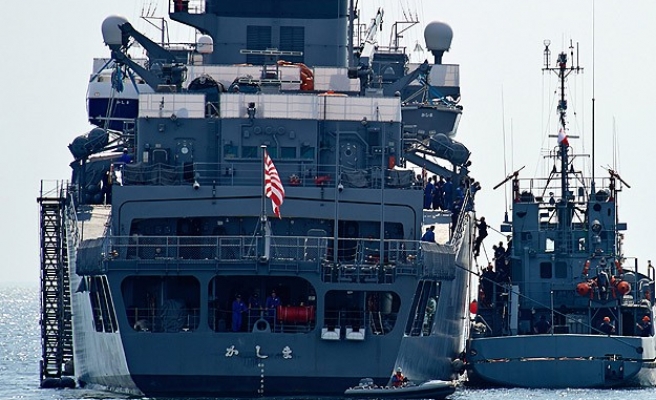 The Pentagon's estimate, using 2013 prices and exchange rates, was 21 percent above the $119.5 billion figure announced by China. It was detailed in an annual report to Congress that cited steady progress in Chinese defense capabilities.

It acknowledged that estimating Chinese spending can be difficult, in part because of "poor accounting transparency and incomplete transition from a command economy."

China's Defense Ministry, in a statement on its website, said it was "resolutely opposed" to the Pentagon report.

"Year after year the United States issues this so-called report on 'Military and Security Developments in China,' making preposterous criticisms of China's normal defense and military building, exaggerating the 'China military threat', which is totally wrong," it said.

"As for the detailed contents of this year's U.S. report, we are currently assessing it, and will react further, depending on the situation."

China claims almost the entire oil- and gas-rich South China Sea and dismisses competing claims from Taiwan, Brunei, Vietnam, the Philippines and Malaysia. Japan also has a territorial dispute with China over islands in the East China Sea.

The 96-page report said China was placing emphasis on preparing for potential contingencies in the South and East China Seas, noting an October drill named Maneuver 5 in the Philippine Sea.

The drill, the Pentagon said, was the largest Chinese Navy open-ocean exercise seen to date.

"China's military investments provide it with a growing ability to project power at increasingly longer ranges," the report said.

"China is using its ... capability to support intelligence collection against the U.S. diplomatic, economic, and defense industrial base sectors that support U.S. national defense program," it said.

The Pentagon also cited advances in Chinese drone technology. It pointed to a Defense Science Board report cautioning Beijing's push "combines unlimited resources with technological awareness that might allow China to match or even outpace U.S. spending on unmanned systems in the future."

It noted that in September 2013, a "probable" Chinese drone was noted for the first time conducting reconnaissance over the East China Sea. China also unveiled details of four drones under development in 2013, including the Lijian, China's first stealth drone, it said.