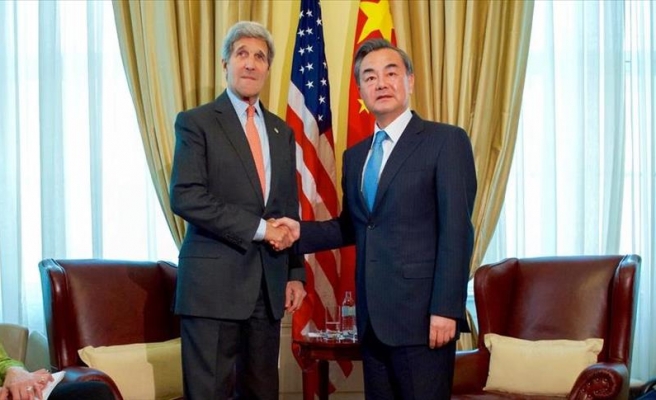 "The Secretary will use this opportunity to address the full breadth of issues in the bilateral relationship with China, including climate change, of course our response to North Korea’s ongoing violations of existing UN Security Council resolution, cybersecurity, as well as other issues of mutual concern and interest," according to State Department spokesman Mark Toner.

Wang's visit to the U.S. comes days after President Barack Obama signed legislation placing tighter sanctions on North Korea for its nuclear weapons program. North Korea announced earlier this month that it had launched a rocket that carried a satellite into space.

Observes fear the advanced technology could be used in the military program of the reclusive state. Last month, Pyongyang conducted its fourth underground nuclear test.

Following North Korea’s recent activities, the U.S. and South Korea have scheduled talks for the deployment of a missile defense system, a move opposed by Russia and Pyongyang, citing security concerns.

Seoul has been reluctant about the Terminal High-Altitude Area Defense, or THAAD, concerned it would spark tie ire of Beijing – it’s biggest trading partner.

In its annual report to Congress on North Korea’s military capabilities, the Pentagon, Pyongyang's efforts to build "a mobile intercontinental ballistic missile" would have the capacity of reaching U.S. territories.

Last week, Obama met the 10 leaders of the Association of Southeast Asian Nations during a summit in California where the group reaffirmed a shared commitment "to promote security and stability in cyberspace consistent with norms of responsible state behavior".