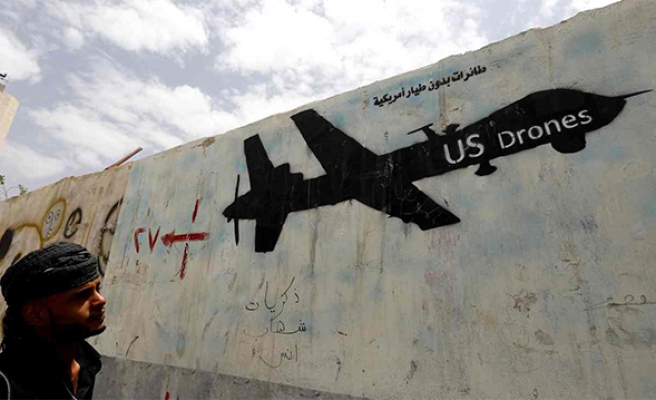 At least three suspected militants were killed in a U.S. drone strike in northwestern Kurram Agency near the Afghan border early Thursday morning, according to an administrative official.

The slain suspects were said to be from the Haqqani Network.

The armed drone targeted a suspected house of Rasheed Haqqani, a supposed key commander of Haqqani Network, in Ghuzgari area of Kurram -- one of the seven tribal districts in northwestern Pakistan’s tribal region, the official told Anadolu Agency on condition of anonymity due to restrictions on talking to the media.

The house was completely destroyed, the official added.

Drone strikes near Pakistan-Afghanistan border region have increased ever since the U.S. President, Donald Trump, announced a new policy for Afghanistan-South Asia in August this year.

Recently, two suspected commanders of Tehreek-i-Taliban Pakistan were also killed in a U.S. drone attack in Afghanistan near the Pakistan border in October.

More than 3,450 people have been killed in over 420 drone strikes in Pakistan since 2004, Pakistani media reports.

According to international think-tanks and human rights groups -- including Amnesty International and the Bureau of Investigative Journalism -- several unarmed civilians have been killed in U.S. drone attacks.