U.S. special representative said Pyongyang's refusal to discuss the issue was a sign that it "doesn't have an interest in coming back into the international system as a responsible country". 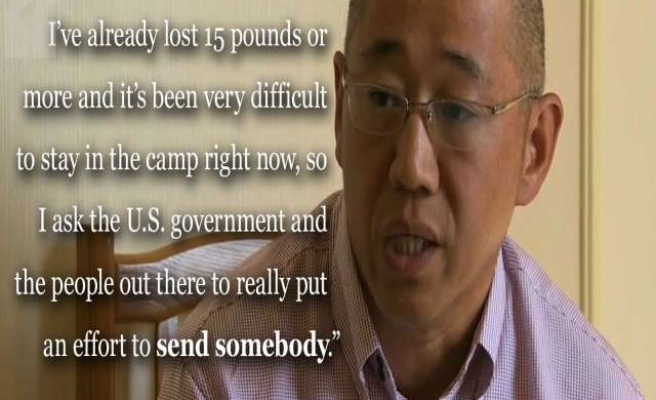 North Korea has rejected U.S. efforts to discuss the detention of three Americans, a U.S. diplomat said on Monday, adding the secretive state was missing a chance to build relations with Washington.

North Korea, which periodically accuses the United States of military hostility and conspiracy to overthrow its leadership, has held a number of U.S. citizens in the past, using them as tools to extract visits by high-profile figures, including former President Bill Clinton.

The most high profile case is that of U.S. missionary Kenneth Bae, who was sentenced by North Korea last year to 15 years hard labour for crimes against the state.

U.S. special representative for North Korean policy Glyn Davies said Pyongyang's refusal to discuss the issue was a sign that it "doesn't have an interest in coming back into the international system as a responsible country".

"One of the greatest impediments to getting back to any sort of a more productive place with North Korea is the fact that for so long they have held Kenneth Bae and have since picked up these other two Americans and as we say are really using them," Davies said.

Americans Matthew Miller and Jeffrey Fowle are also being held by North Korea.

"There have been other efforts behind the scenes to seek to have these conversations with the North Koreans. They simply won't engage us. It's very frustrating," Davies told reporters in Beijing, where he met Chinese officials before travelling to Seoul and Tokyo.

"It's unhelpful and I think it puts the lie to the contention of the regime that they want a better relationship with us," he said.

North Korea and the United States have been locked in a long diplomatic conflict over Pyongyang's nuclear and missile programmes.

Pyongyang, which quit the nuclear Non-Proliferation Treaty in 1993, defends its nuclear arms programme as a "treasured sword" to counter what it sees as U.S.-led hostility.