US F-16 struck by enemy fire in Afghanistan

On October 13, US F-16 encountered small arms fire in Paktia Province; surface to air fire impacted one of aircraft's stabilisers and caused damage to one of munitions 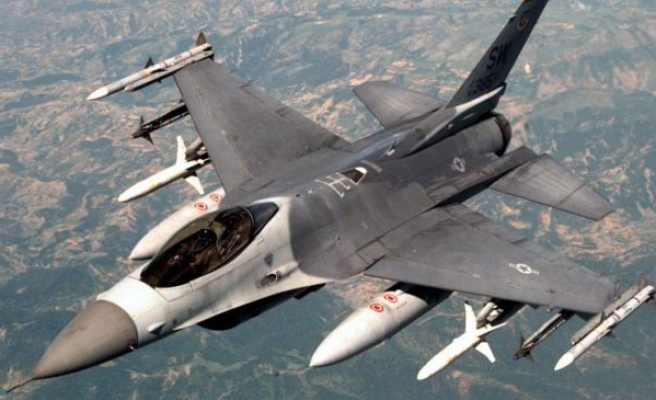 A U.S. F-16 was struck by enemy fire in eastern Afghanistan, military officials have confirmed, in a rare instance of an advanced fighter jet coming under a Taliban-claimed attack.

The $100 million jet sustained significant damage, forcing it to jettison its fuel tanks and munitions before returning to base, officials said.

The attack occurred last Tuesday in the Sayid Karam district of eastern Paktia province, much of which is under control of the Taliban, who have been waging an insurgency against U.S.-led NATO forces and government troops since they were forced from power in 2001.

The militant group claimed they had downed the jet in a statement posted on Twitter that evening, but when contacted for comment, the U.S. military initially said it had no "operational reporting to support the Taliban claims".

Photographs of the site obtained and seen by J. Chacko, an open-source military analyst based in London, indicated the jet had lost two "drop-tanks" -- fuel tanks used to extend flight time -- an air-to-ground missile, and two other unguided bombs.

They also show masked militants posing with the hardware.

When presented with the images, the U.S. military confirmed in a statement late Monday: "On October 13, a U.S. F-16 encountered small arms fire in the Paktia Province in Afghanistan. The surface to air fire impacted one of the aircraft's stabilisers and caused damage to one of the munitions.

"The pilot jettisoned two fuel tanks and three munitions before safely returning to base. The pilot received no injuries and safely returned to base."

The Taliban have shot down several military helicopters using small-arms fire, but never an F-16 -- an advanced jet capable of supersonic speeds and reaching heights of 50,000 feet, which have been deployed in Afghanistan since the beginning of the U.S.-led military in 2001.

Since the 2014 drawdown, the U.S. Air Force has maintained one squadron of F-16s at Bagram Air Base.

In April 2013, a U.S. F-16 crashed into a mountain near Bagram while flying low in bad weather, according to a U.S. military investigation, and a Dutch pilot was killed when his F-16 crashed in 2006.

Tuesday's incident underscores the risks foreign forces still face at the hands of the group as Washington extends its military presence in the country beyond 2016.

Chacko, as well as two other military analysts, said the jet would have had to be flying very close to the ground to be struck by Taliban fire -- perhaps as low as a few hundred feet.

"An F-16 would have to be flying very low altitude at close to minimum speed for it to receive actionable fire from small arms," an ex-military source said.

Niaz Mohammad Khalil, district governor of Sayid Karam, said that neither U.S. nor Afghan forces had been conducting any operation in the area that would have necessitated the use of air cover at the time of the attack.

"We had no operation at the time of (the) crash, but the jet was flying very low... There were also other jets flying over the area," he said.

According to Chacko, the fact that local officials did not mention any friendly forces in the area meant the pilot was likely providing covering fire for a Special Operations Forces (SOF) team that ran into trouble.

The U.S. military declined to comment on the pilot's mission.

The U.S. military acknowledges that remaining SOF teams are still conducting on the ground missions against the Taliban and Al-Qaeda, although NATO forces officially ended their combat mission in Afghanistan at the end of 2014.