US increases pressure on ISIL in Afghanistan 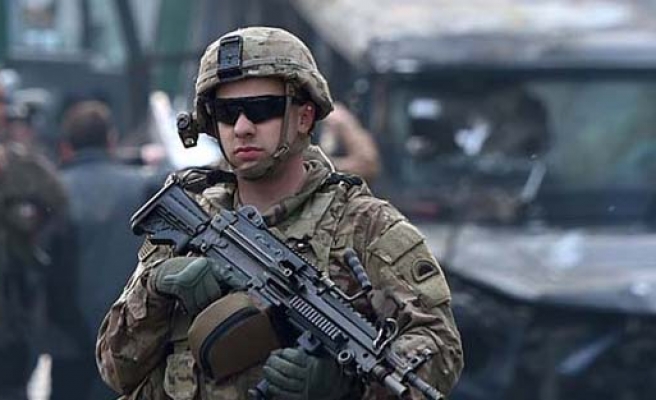 ISIL has recruited between 1,000 and 3,000 militants in eastern Afghanistan, a U.S. military official said Thursday.

“ISIL, currently, is contained largely to four or five districts in the southern part of Nangarhar province,” said Army Brig. Gen. Wilson Shoffner, a spokesman for the U.S.-NATO mission in Afghanistan.

“We think the numbers in the eastern part of Afghanistan are in the 1 to 3,000 range.”

The general’s comments comes just weeks after the U.S. top commander in Afghanistan, Gen. John Campbell, told U.S. lawmakers that the situation on the ground in the war-torn country is fragile as threats emerge, including ISIL.

Speaking via video conference from Kabul, Shoffner said in recent weeks U.S.-backed Afghan forces “have had great success against ISIL,” in Nangarhar on the eastern border with Pakistan.

“In Nangarhar province, we're seeing ISIL attempting to establish a base of operations there,” he said. “We, the U.S., have increased significantly our pressure on ISIL.”

Shoffner declined to give the number of strikes or other details about the military’s engagement with the militant group.

The White House initially announced that it would reduce the number of U.S. forces in Afghanistan to 1,000 by 2016 but late last year President Barack Obama revised the plan and decided to keep 9,800 troops throughout the end of his tenure in office amid fragile conditions on the ground.

According to the revised plan, the U.S. will reduce the number of troops to 5,500 by early next year but Gen. Campbell told Congress that the Obama administration may review the decision based on conditions.

One veteran diplomat believes advisors to Obama will push to retain current troop levels until the Taliban and other emerging threats are averted and Afghan forces are able to secure the country.

Thomas Donnelly told Anadolu Agency that it may take several years before Afghan security forces to reach that point.

He does not consider ISIL’s presence in Afghanistan as a totally new dimension to the war.

“It is part of the same war with new participants,” the senior international security analyst at the conservative Washington-based American Enterprise Institute think tank.

“I don’t think that presence of ISIS there complicates things [for the United States]. To fail to address that would only make things worse.”

While U.S. forces are not authorized to directly engage with the Taliban, Obama recently revised the rules of engagement with respect to ISIL and authorized military strikes against the militant group.

The Pentagon also recently announced an expansion of its anti-ISIL mission across the Middle East and North Africa because it said the group was metastasizing.

In his budget request submitted to Congress earlier this week, Obama increased funding to fight ISIL by 50 percent.