Complaints from the Pakistan government against drone attacks in North Waziristan mask its tacit support, according to critics 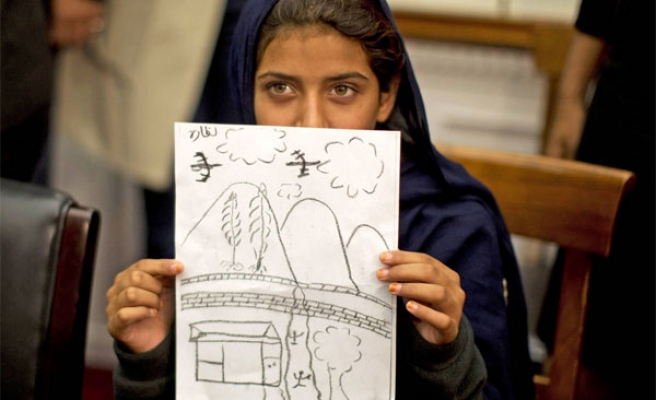 As Pakistan lodges a routine protest over a wave of U.S. drone strikes in restless North Waziristan carried out over the last three days, security analysts say they see an "understanding" between the two close allies in the so-called "war on terror" in order to prevent fleeing Taliban from regrouping.

The fresh set of attacks struck two remote regions -- Shawwal and Datta Khel -- where, according to Pakistani and US intelligence officials, Taliban militants were reforming after being ousted from the main towns of North Waziristan by a large-scale military offensive launched on June 15.

At least 16 suspected militants were killed and several injured in the four drone offensives on militant hideouts in the two regions which sit on the border with Afghanistan -- an escalation in the number of drone attacks over several months.

The U.S. has carried out a total of 12 strikes -- including the four over the last three days -- in the last 10 months.

Pakistan Foreign Office spokesperson Tasnim Aslam said: "Pakistan regards such strikes as a violation of its sovereignty and territorial integrity.

"As has been made clear on earlier occasions, these strikes have a negative impact on the government’s efforts to bring peace and stability to Pakistan and the region."

Although Pakistan denies colluding with the U.S. over the drone strikes, many observers believe that the latter enjoys tacit support from Islamabad.

Rahimullah Yusufzai, a Peshawar-based expert on Afghan and tribal affairs, sees an understanding between the U.S. and Pakistan on the escalation in drone attacks.

Yusufzai said: "Drones strikes are being carried out in those areas (Shawwal and Datta Khel) where ground operations for the Pakistan army are very difficult if not impossible.

"Although the foreign office has issued a customary statement of protest over the drone strikes, which it always does, Pakistan seems to be comfortable with the situation, as it also does not want the militants to regroup."

Independent sources and human rights organizations, including Human Rights Watch and Amnesty International, have blamed the U.S. for killing civilians including women and children in drone attacks in the Waziristan region.

According to Pakistani intelligence officials and human rights organizations, nearly 3,400 people have been killed in about 400 drone attacks since 2004, of which 70 percent were unarmed civilians.

The U.S. administration denies the claims.

An absence of independent media in the region means there are no independent sources to confirm or deny the allegations of civilian deaths, meaning the U.S.'s justification for the attacks goes unchallenged.

Yusufzai said: "Reports regarding casualties either come from Pakistani or U.S. security officials, which are hard to swallow for independent media.

"There is no other option for us but to declare the deceased as militants, which ultimately justifies the U.S.' case."

Dwindling protest from right-wing parties who had opposed the drone strikes have also helped the U.S. carry out the attacks with impunity.

Prime Minister Nawaz Sharif’s Pakistan Muslim League (PML) and former cricketer Imran Khan's Pakistan Tehreek-e-Insaf (PTI) vehemently opposed the drone strikes in the recent past, but have become embroiled in a blame-game over the attacks.

"This is not just because their case has gone weak because the media had been compelled to declare all those who have been killed in drone strikes as 'militants'. It is that there is no one to report that the deceased were not militants," Yusufzai said.