US: North Korea will be utterly destroyed, if war comes 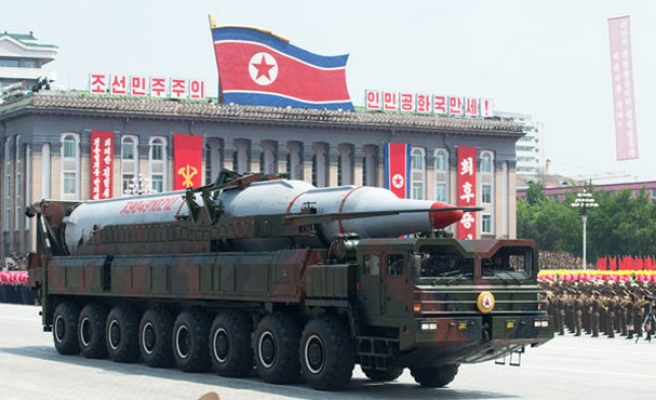 "If war does come, it will be because of continued acts of aggression like we witnessed yesterday and if war comes, make no mistake, the North Korean regime will be utterly destroyed," Haley said in an emergency session of the UN Security Council.

Haley's statement came a day after North Korea tested an advanced intercontinental ballistic missile which the country's state-run KCNA news agency identified as the Hwasong-15. It said the missile is capable of detonating a nuclear strike on "the whole mainland of the U.S."

She also revealed that President Donald Trump called Chinese President Xi Jinping earlier that day to tell him the time has come for China to cut off crude oil supplies to North Korea.

"We now turn to President Xi to also take that stand. We believe he has an opportunity to do the right thing for the benefit of all countries," Haley said.

As the largest supplier to North Korea, China has large scale oil trade with North Korea.

"China must show leadership and follow through. China can do this on its own, or we can take the oil situation into our own hands," she noted.

Haley, during her speech also called on the panel's member states to implement penalties established by the council earlier this year and to strengthen the sanctions on North Korea.

"So today we call on all nations to cut off all ties with North Korea. In addition to fully implementing all U.N. sanctions, all countries should sever diplomatic relations with North Korea and limit scientific, commercial or military operation," she added.