US Secretary of State Kerry has recognized Pakistan's recent efforts to target extremists close to its border with Afghanistan, State Department says 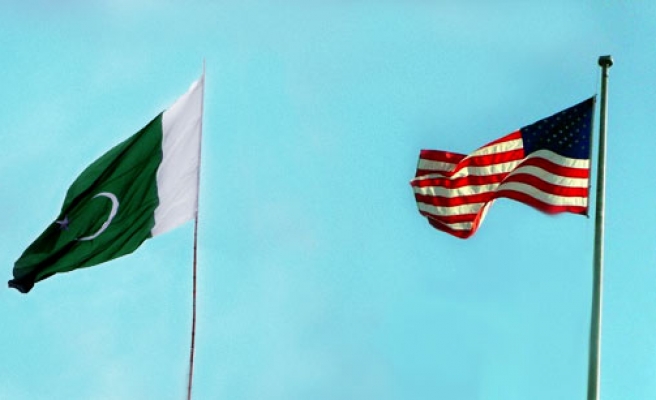 U.S. Secretary of State John Kerry and Pakistani Prime Minister Nawaz Sharif have discussed the need for broader efforts to defeat terrorism in the region.

"The two leaders discussed the need for additional efforts to target all terrorists in its territory," U.S. State Department spokesman John Kirby said Wednesday during a press briefing, adding that Kerry recognized Pakistan's recent efforts to target extremists close to its border with Afghanistan.

Kirby said that both leaders also discussed the recent announcement of U.S. to keep its troops in Afghanistan beyond 2016, and noted that an Afghan-led and Afghan-owned peace process was "the surest way to end violence and ensure lasting stability in Afghanistan and in the region”.

Kerry thanked Sharif for Pakistan's continued facilitation of reconciliation talks between the democratically-elected Afghan government and members of the Afghan Taliban. Both leaders agreed also to build on the ongoing U.S.-Pakistan strategic dialogue to advance progress in these areas.

Saying that both sides highlighted the multi-dimensional nature of their partnership and its importance for regional stability and security, the spokesman added that Kerry thanked the premier also for his efforts to combat terrorism and violent extremism.

"Especially in bringing al-Qaeda leadership to justice and disrupting terrorist plots," he said.

Sharif's second visit to Washington since his election in 2013 came days after the U.S. President Barack Obama announced to keep 9,800 U.S. troops in Afghanistan beyond 2016 after the Afghan city of Kunduz was captured by Taliban fighters last month.

During his four-day visit, Sharif is also scheduled to meet Obama at the White House on Thursday.

Pakistan has long been dependent on the U.S. in terms of its military and financial needs. In recent years, however, Islamabad has drastically shifted its focus to longtime ally China and former enemy Russia.

In July, Islamabad signed a $46 billion "Pak-China Economic Corridor" agreement with Beijing. And last week, it inked a $2 billion agreement with Russia for the construction of a 1,000-kilometer pipeline linking southern Karachi city to northeastern Lahore city.

In September, Islamabad also signed a defense deal with Moscow for the procurement of a number of MI-17 helicopters.