A U.S. defense official said that at the end of May, a Frenchman, a Kuwaiti and 10 Pakistani prisoners were sent back to their respective home countries. 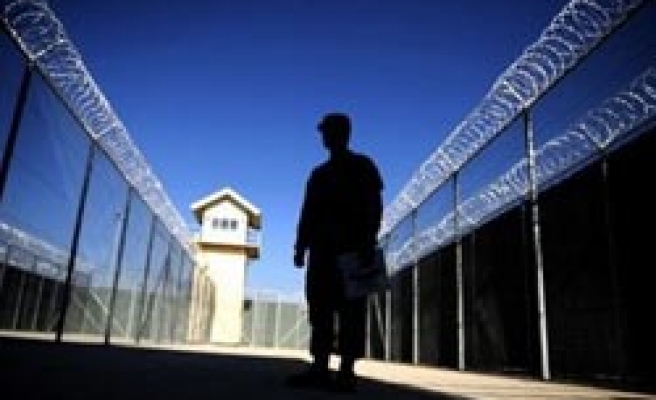 The Obama administration has quietly repatriated a dozen detainees from a small U.S. military prison in Afghanistan, moving a modest step closer toward winding down the United States' controversial post-9/11 detainee system.

President Barack Obama, in a letter to Congress released on Thursday, informed U.S. lawmakers that about 38 third-country, or non-Afghan, prisoners remained at the Parwan detention center outside of Kabul, down from 50 a few months ago.

A U.S. defense official, speaking on condition of anonymity, said that at the end of May, a Frenchman, a Kuwaiti and 10 Pakistani prisoners were sent back to their respective home countries.

The remaining detainees include Yemeni and Tunisian nationals and a Russian who the United States is also considering trying in a military or civilian court.

The secret transfers underscore the challenges the Obama administration faces in shutting down Parwan and, more importantly, the larger U.S. military prison at Guantanamo Bay on Cuba. Many of the detainees have not been charged with a crime, but their release could trigger a political backlash.

The Obama administration is facing criticism for its decision last month to send five senior Taliban prisoners held at Guantanamo Bay to Qatar in exchange for Bowe Bergdahl, a U.S. soldier held by Taliban-linked militants in Pakistan.

The Obama administration has also been slowly moving to transfer some inmates out of Guantanamo Bay, which has been widely criticized by human rights groups since being populated in the wake of the Sept. 11, 2001 attacks. About 150 inmates remain there.

The U.S. government considers some prisoners at the Parwan detention center, like some at Guantanamo, "too dangerous to be freed", but not charged them officially. Others have unclear links to the Afghan conflict, including a Yemeni arrested in Bangkok and moved to the prison.

The Parwan detainees' identities, and the transfer of some of them to other countries in the past, have remained largely a mystery to the public in the United States and Afghanistan.

Last month, the Defense Department provided U.S. lawmakers with a classified report on the identities of the detainees.

But their fate takes on new importance as the end of the U.S. and NATO military mission in Afghanistan approaches. Obama plans to leave just under 10,000 soldiers in Afghanistan after 2014 and withdraw almost all by the end of 2016.

It is unclear under what circumstances the prisoners transferred last month were repatriated.