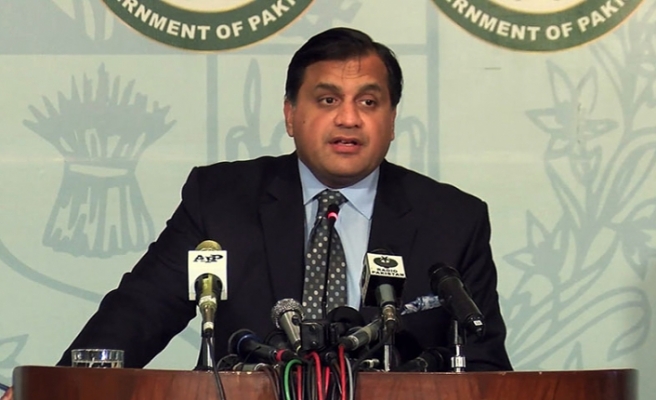 Pakistan on Wednesday rejected the U.S. adding it to its blacklist of countries that violate religious freedom, calling the move unilateral and politically motivated, an official said.

"Besides the clear biases reflected in these designations, there are serious questions about the credentials and impartiality of the self-proclaimed jury involved in this unwarranted exercise,” Mohammad Faisal, Foreign Ministry spokesman, said in a statement.

Pakistan is a multi-religious, pluralistic society where people of diverse faiths and denominations live together, he added.

On Tuesday, the U.S. State Department placed Pakistan on a list of countries it says violates religious freedom.

Pakistan has devised well-established legal and administrative mechanisms to safeguard the rights of its citizens and does not need counsel from any other country on how to protect the rights of its minorities, Faisal responded.

Around 4 percent of Pakistan’s 200 million-plus population is made up of minority Christians, Hindus, Buddhists, and Sikhs.

The country’s parliament has special seats reserved for minorities to ensure their adequate representation and voice in the legislative process.

Faisal decried how some human rights activists close their eyes to the systematic persecution of minorities subjected to alien domination and foreign occupation such as in Indian-occupied Kashmir.

Honest self-introspection would also have been timely to know the causes of the exponential rise in Islamophobia and anti-Semitism in the U.S., Faisal concluded.