US sergeant who urinated on Taliban bodies demoted

The videotape showed four Marines wearing camouflage combat uniforms urinating on three corpses as one of the Marines joked, "Have a nice day buddy." 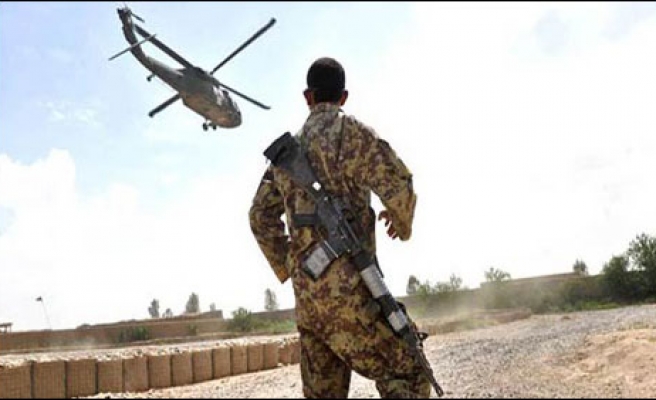 A Marine sergeant who was videotaped urinating on dead Taliban members, an incident that stoked ire last year toward U.S. forces in Afghanistan, has been reduced to the rank of corporal after pleading guilty, the Marine Corps said on Thursday.

Sergeant Robert Richards was the last of eight Marines to be punished in connection with the incident, which took place on July 27, 2011, during an operation in Helmand Province in Afghanistan.

The videotape showed four Marines wearing camouflage combat uniforms urinating on three corpses as one of the Marines joked, "Have a nice day buddy."

The video became public in early 2012 and was one of a series of offensive incidents at the time that roused Afghan ire and led to heightened tensions between Washington and Kabul.

Richards was charged earlier this year with dereliction of duty, violation of a lawful general order, and conduct prejudicial to the good order and discipline of the armed forces.

He pleaded guilty to two counts at a court martial session at Camp Lejeune, North Carolina, on Wednesday and was reduced to the rank of corporal, the Marine Corps said in a statement.

All eight Marines involved in the incident have had court martial and non-judicial punishments applied against them, the statement said.