A US soldier sentenced to life in prison for the 2006 rape and murder of a 14-year-old Iraqi girl was found hanged in his cell. 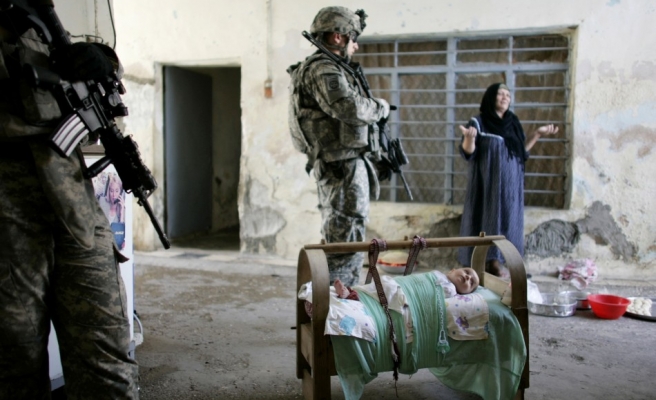 A former U.S. Army soldier sentenced to life in prison for the 2006 rape and murder of a 14-year-old Iraqi girl and killing of her parents and sister, was found hanged in his cell, The Los Angeles Times reported on Tuesday, citing prison officials.

The death on Saturday of Steven Dale Green, 28, at the United States Penitentiary in Tucson, Arizona, was being investigated as a suicide, the paper said. Green had been found hanging in his cell last week, according to the Times report.

A spokesman at the federal maximum-security prison could not immediately be reached on Tuesday afternoon to confirm the report.

Green was convicted in 2009 of the rape and murder of 14-year-old Abeer Qassim Hamza al-Janabi and the shooting deaths of her father, mother and 6-year-old sister in Mahmudiya, 20 miles south of Baghdad.

He was sentenced to life in prison without the possibility of parole after a federal jury in Kentucky could not decide whether he should be executed.

During the trial, prosecutors portrayed Green as the ringleader of a gang of five soldiers that plotted to invade the home of the family of four to rape the girl, and later bragged about the crime.

Green, 19 at the time of the crime, was described as the triggerman in the group of soldiers, which donned black "ninja" outfits and raped the girl before killing her and her family. The rape and murders took place after the soldiers drank whiskey, played cards and plotted the attack.

Three of the four other soldiers pleaded guilty in the attack and the fourth was convicted, all in military courts-martial. They received sentences ranging from five to 100 years.

Green was tried as a civilian because his arrest came after he was discharged from the Army. He was described by prosecutors as predisposed to killing Iraqis.

Defense attorneys acknowledged he took part in the killings, but argued he was suffering combat stress after the death of close colleagues and should be spared the death penalty.

It was one of several incidents involving American soldiers that enraged Iraqis and strained U.S.-Iraq relations.