US soldier killed in helicopter 'crash' in Afghanistan

Taliban claim Chinook has been shot down, killing 43 soldiers 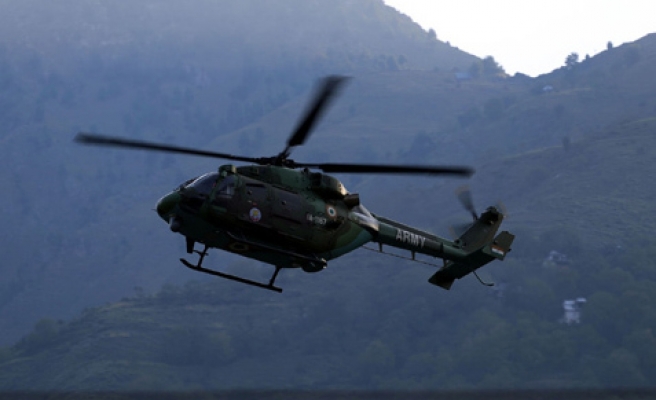 An American soldier was killed and six others injured in a helicopter crash in eastern Logar province on Friday, according to NATO-led Resolute Support Mission (RSM) on Saturday.

The Taliban claim the aircraft had been shot down and put the death toll in the incident to as high as 43.

In a statement, the RSM disputed the Taliban’s version of events, asserting the crash had not been the result of any enemy action.

"We are deeply saddened by the loss of our comrade,” Gen. John Nicholson said.

"On behalf of all of Resolute Support, our heartfelt sympathies go out to the families and friends of our fallen comrade and those injured in this unfortunate event.”

Logar Governor Saleem Saleh told Anadolu Agency the helicopter crashed after taking off from Kharwar area where the U.S. and Afghan forces conducted an operation against the Taliban militants.

Taliban said the "shot down" aircraft was an American Chinook helicopter used for transporting soldiers and aid material. Zabihullah Mujahed, spokesman for the militant group, tweeted the Chinook was “gunned down” in the Begama area of Kharwar district, killing 43 American soldiers.

The Chinooks are widely used in air assault missions for inserting troops into fire bases, and later bringing food, water, and ammunition.

According to the U.S. Department of Defense estimates, a unit of the Boeing CH-47 Chinook cost up to $38.5 million, and are particularly effective in the high altitudes of Afghanistan; it can carry several tons of cargo, or up to 55 troops, and has a maximum range of 426 kilometers (265 miles).