A U.S. soldier killed an Afghan reporter working for the BBC "mistakenly" during an attack in July, a NATO-led alliance said on Thursday. 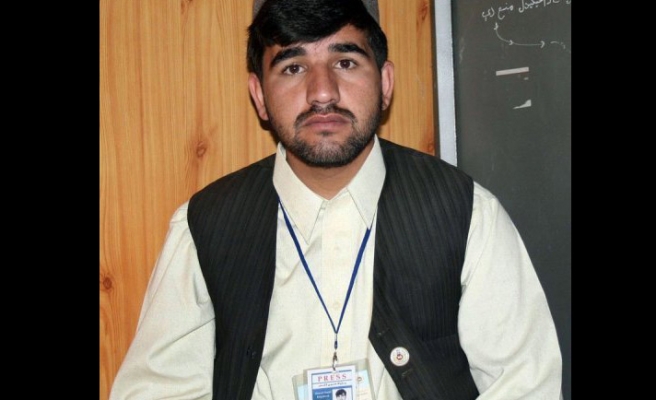 A U.S. soldier killed an Afghan reporter working for the BBC "mistakenly" during an attack in July, a NATO-led alliance said on Thursday.

The death of Omed Khpalwak, who also worked for the Afghan news agency Pajhwok, during a suicide bombing and a gun battle in the southern Uruzgan province prompted calls by the BBC and a local media associations for an investigation.

The International Security Assistance Force said "an army investigation into the circumstances of the reporter's death found that soldiers believed him to be a "militant" who had infiltrated the building of Radio Television Afghanistan in Tarin Khot on July 29."

While Afghan forces fought the insurgents, who had also raided the provincial governor's compound next door, U.S. forces began "clearing operations" in the RTA office.

During the operation a soldier saw a young adult male, who was later identified as Khpalwak, in the building adjacent to a room where one of the suicide bombers had detonated his explosives.

Then a shot rang out which the soldier watching from outside perceived it to be coming from the man's location. The soldier fired a single shot but that did not strike the man. By now other soldiers called out warnings, believing the man was firing the shots, ISAF said.

"In the stress and urgency of the moment, it is highly probable that soldiers in the courtyard outside the building incorrectly perceived that shot as having been fired by the man in the building," a summary of the army report said.

Soon after a soldier was directed to move closer to the broken wall where the man had been seen.

"As the soldier approached he observed a young adult male with a beard with something clinched in one of his fists and reaching for something on his person with his other hand," the report said.

The soldier thereafter shot the man with his M-4 rifle, killing him.

Afghan forces later removed the body and identified him as Khpalwak. He was unarmed, and no weapon was found nearby.

"It appears that all rounds perceived as coming from his location were instead fired by U.S. soldiers," the investigation concluded.

Khpalwak was among 19 people who were killed that day.

According to the New York-based Committee to Protect Journalists, 19 journalists, mainly foreign, have been killed since the invasion began. Khpalwak was the first journalist to be killed in 2011.