US to delay in Marines' move from Japan island 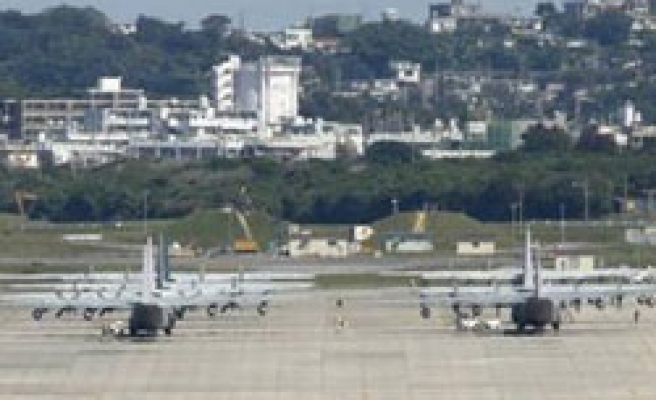 The relocation of around 8,600 U.S. Marines and 9,000 dependents to Guam from Japan will take until 2016, two years longer than expected due to a lack of facilities on the island, the U.S. Defense Department said.

The move is part of a broader 2006 accord to reorganise U.S. troops in Japan, including relocation of the Marines' Futenma airbase on Okinawa to a quieter part of that Japanese island.

That base has long been a source of anger for residents and led to the resignation of former Prime Minister Yukio Hatayama earlier this year.

"Force flow will be managed to ensure that military populations will not be relocated to Guam until the requisite facilities are constructed," the department said, putting the expected completion date for construction at 2016.

"Any current delays to funding or construction pacing could further push out the relocation of military and dependents."

The department said it had also decided for now not to go ahead with a planned Air and Missile Defense Task Force on the Pacific Ocean island, which would have involved moving a further 600 military personnel and 900 dependants.

David Bice, executive director of the Joint Guam Program Office, told Reuters on Thursday, the target date for the relocation of the Marines "remains 2014" and that "the actual completion will be determined by adaptive program management".

Okinawans associate Futenma with noise, pollution and crime and Hatoyama raised then dashed their hopes the base would be moved entirely off the island. He quit after breaking his promise.

Lying 2,400 km (1,500 miles) south of Japan, Guam is made up of the peaks of two ancient volcanoes, including Mount Lamlam, described by local officials as the highest mountain in the world if measured from its base at the bottom of the Marianas Trench.

Held by the Japanese for three years during World War Two, Guam boasts large reefs, some of which would be destroyed by construction at any of the proposed sites for the carrier wharf. There were also local concerns that the proposed site of the firing range would limit access to a historic site at Pagat in the northeast.