US to resume ties with Indonesia's special forces

Gates made the announcement after meeting with Indonesia's President Susilo Bambang Yudhoyono on Thursday in the capital Jakarta. 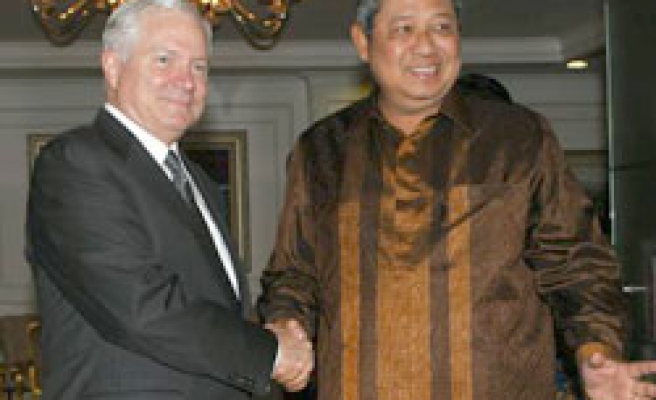 The United States announced on Thursday it was dropping a more than a decade-old ban on ties with Indonesia's special forces, imposed over human rights abuses in the 1990s, a move that may eventually allow military training.

U.S. Defense Secretary Robert Gates made the announcement after meeting with Indonesia's President Susilo Bambang Yudhoyono on Thursday in the capital Jakarta.

Indonesia's special forces were accused of major abuses in the former Indonesian province of East Timor in the late 1990s. East Timor has since become independent.

"I was pleased to be able to tell the president that as a result of Indonesian military reform over the past decade ... and recent actions taken by the Ministry of Defense to address human rights issues, the United States will begin measured and gradual programs of security cooperation activities with the Indonesian Army Special Forces," Gates said at a press conference.

"This initial step will take place within the limit of U.S. law and does not signal any lessening of the importance we place on human rights and accountability," he added.

Several countries, including the U.S. and Australia, suspended joint military training in the wake of the rights abuse allegations, though Australia resumed training in 2005.

The U.S. lifted an overall ban against training the Indonesian military in 2005, though it kept the restrictions against the Indonesian special forces — known as Kopassus.

Gates didn't elaborate on the specifics of the resumed cooperation, and took no questions from journalists.