US troops break into destroyed MSF hospital in Kunduz 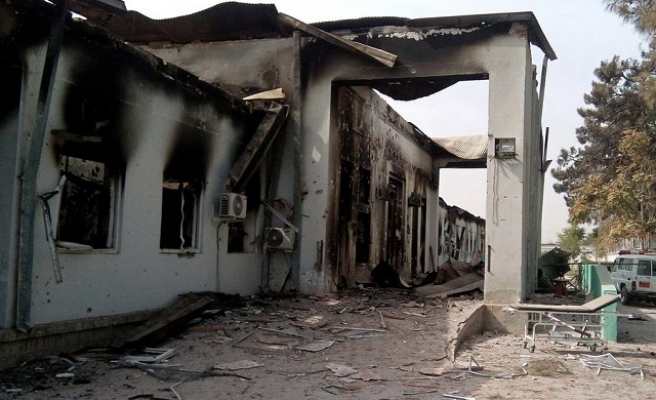 U.S. troops recently forced their way into a Doctors Without Borders hospital in Afghanistan that was previously struck by U.S. aircraft in a deadly airstrike, the Pentagon confirmed Monday.

Capt. Jeff Davis told reporters that the U.S. team was traveling in an “Afghan-owned tracked vehicle” on Thursday “to assess the structural integrity of the building and decide if it could be rebuilt”.

The incident surfaced last week after media reports claimed a U.S. tank broke into the facility, but the Pentagon spokesman dismissed those reports.

He said the team did not contact Doctors Without Borders, also known by the French acronym MSF, prior to entering the damaged hospital because it believed medical personnel had vacated the site.

“They drove into the gate with the vehicle to force it open,” Davis said, adding that there was personnel inside who were not happy with the intrusion.

“They did it, they shouldn't have, they should have coordinated ahead of time and they're going to make it right," he added noting U.S. efforts to repair the gate.

The intrusion has heightened the already strained relations between the U.S. military and the medical charity organization following the U.S. airstrike that killed 22 MSF staff and 10 patients at the hospital in Kunduz.

“The unannounced and forced entry damaged the gate to the property, potentially destroyed evidence, and caused stress and fear for the MSF team that had arrived earlier in the day to visit the hospital,” Doctors Without Borders said in a statement sent to Anadolu Agency.

The group said it was informed about the intrusion only after the vehicle managed to breach the gate of the hospital.

“The intrusion was conducted by a delegation from the US/NATO/Afghan investigation team,” the statement read.  “This occurred despite an agreement made between MSF and the joint investigation team that MSF would be provided advance notice before each step of the process involving the MSF’s personnel and assets.”

An American destroyed the hospital in Kunduz early this month, killing 22 medical staff and patients, including three children.