Increased activity had been seen in a six-week period from early March to April 19, including in an area where there were two completed tunnels 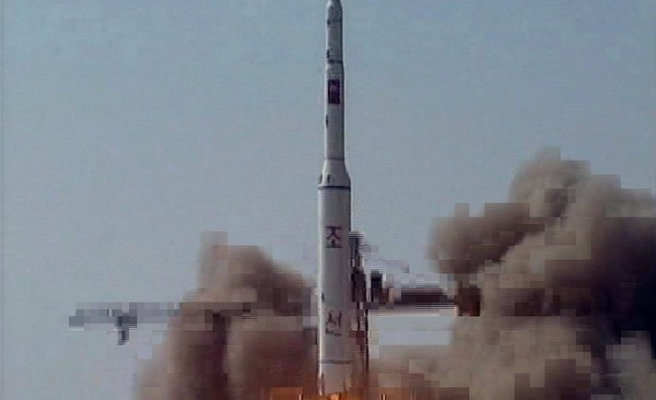 The United States said on Tuesday it was monitoring the Korean peninsula closely after reports that North Korea may be planning another nuclear test and it urged Pyongyang not to take any step that would threaten regional peace.

The reports come just before U.S. President Barack Obama is due in Japan and South Korea, where he will discuss ways to deal with North Korea's nuclear weapons program. Obama is due in Tokyo on Wednesday and in Seoul on Friday.

"We have certainly seen the press reports ... regarding possible increased activity in North Korea's nuclear test site," State Department spokeswoman Jen Psaki said. "We are closely monitoring the situation on the Korean peninsula."

"We continue to urge North Korea to refrain from actions that threaten regional peace and security and to comply with its international obligations and commitments," she told a regular news briefing.

"So our forces are keeping in mind the possibility that North Korea may suddenly conduct a nuclear test in a short period of time, or as in previous cases, deceive us with what appears to be a nuclear test."

North Korea warned last month it would not rule out a "a new form" of nuclear test after the United Nations Security Council condemned Pyongyang for launching ballistic missiles into the sea.

But it said there was little evidence to suggest a test would take place during Obama's visit to Seoul. This "may be possible but appears unlikely," it said.

Increased activity had been seen in a six-week period from early March to April 19, including in an area where there were two completed tunnels, 38 North said.

"In particular, there appears to be movement of crates, boxes and materials near the entrances, possibly into the tunnels," it said.

However it added: "Recent operations at Punggye-ri have not reached the high level of intensity - in terms of vehicle, personnel and equipment movement - that occurred in the weeks prior to past detonations."

The activity "could represent an early stage of preparations for a test or may be intended for a less provocative purpose, such as conducting maintenance after a long winter" 38 North concluded.

When asked what Pyongyang meant by a "new form" of nuclear test, North Korea's deputy ambassador to the United Nations said on April 4 the world would have to "wait and see."

Nuclear expert Jeffrey Lewis, of the Monterey Institute of International Studies in the United States, said this month that the reference to a new form of test could mean simultaneous detonation of two or more devices as part of a program of more intense nuclear testing expected over the next few years.

While North Korea has detonated several nuclear devices Since 2006, analysts have expressed doubt it yet has the technical capability to reliably mount a nuclear warhead on a missile.

Diplomats have said it is possible the U.N. Security Council will respond to last month's North Korean missile tests by expanding a sanctions blacklist to include more North Korean entities involved in Pyongyang's missile program. But they said it could take weeks to reach agreement.

The council expanded its sanctions on North Korea after its third nuclear test in February 2013.

China, North Korea's main ally, has warned against any action that could lead to the escalation of tensions.