US urges Taliban to make peace with Afghan govt

The US Intelligence Community has also assessed that the former leader of the Afghan Taliban, Mullah Mohammed Omar, is dead, White House says 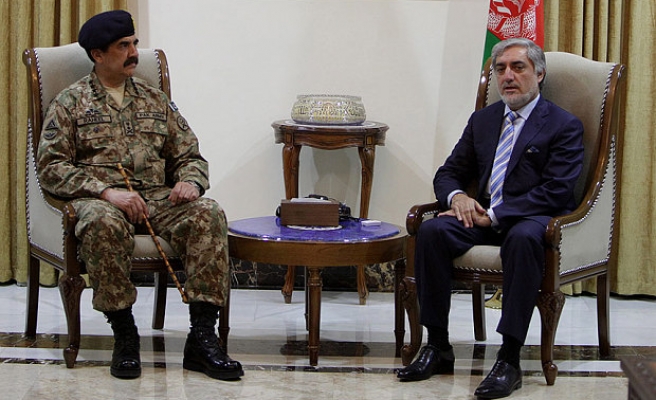 The U.S. has called on Taliban to make peace with the Afghan government now that the U.S. intelligence community has assessed that Mullah Mohammed Omar, the former leader of the Afghan Taliban, is dead.

"While the exact circumstances of his death remain uncertain, it is clear that his demise, after decades of war and thousands of lives lost, represents a chance for yet more progress on the path to a stable, secure Afghanistan," press secretary of the White House announced in a statement late Friday.

Highlighting that Afghanistan remained a "dangerous place" and Afghan people still suffered "from brutal insurgency", the statement said that Taliban could either choose to continue to destabilize their own country, or choose peace.

"We encourage the Taliban to heed President [Ashraf] Ghani’s call for reconciliation and make genuine peace with the Afghan government," the statement said.

Earlier Friday, the Taliban reacted to Omar’s death by appointing his deputy Mullah Akhtar Mansoor as the new chief.

Mansoor, thought to be aged between 50 and 52, was previously the aviation and transport minister during the Taliban regime, which controlled most of Afghanistan between 1996 and 2001.

According to Taliban affairs expert Ahmad Saedi, Mansoor had already been serving as the Taliban's de facto leader over the past three years after the leadership lost communication with Omar; who Afghan authorities now believe died of illness two years ago.

Mansoor has reportedly faced strong internal opposition against his leadership. Some prominent commanders reportedly did not attend the Shura meeting held on Thursday, while others, including Omar's son Yaqoob and brother Abdul Mannan left the meeting in anger.

Saedi said that since Mansoor was part of the pro-peace talks element of the Taliban leadership, the Afghan and Pakistan governments would support him over other choices, such as the hardline commander Mullah Qayom Zakir who had been Mullah Omar's deputy for military affairs.

“Mullah Qayom Zakir is a very crude person,” Saedi said. “Mansoor is a meek and forbearing person. He listens carefully without interrupting your speech but later he makes his decision,” he added.

Pakistan-based security expert Rahimullah Yusufzai said that it had been Mansoor who convinced the Taliban leadership to send a delegation to peace talks that began this month in Pakistan.

He added that Mansoor's involvement in drug smuggling also gave him a better financial position compared to other Taliban commanders.

His support mainly comes from the southeastern Great Paktia zone, which includes the Paktia, Paktika and Khost provinces.

“Religiously, Mansoor suffers from legitimacy. For being elected as Amir of Muslims, you need the votes of at least one hundred prominent Islamic clerics, which Mansoor lacks," Saedi said.

The news of Omar's death sparked a leadership contest that many feared could create disunity within the group, potentially affecting the outcome of recently opened peace talks.

Negotiations with the Afghan government, scheduled for Friday, were postponed on the Taliban's request as they searched for their new leader.