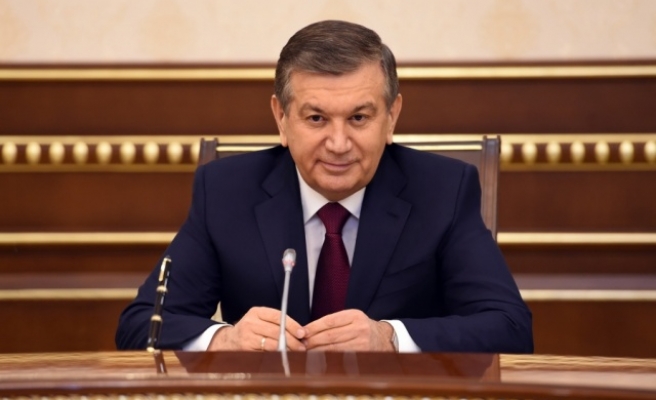 Shavkat Mirziyoyev -- Uzbekistan’s second president, who came to power in December 2016 -- is coming to Turkey for a two-day visit on Wednesday.

The leader of the Central Asian republic launched a drive for what he called an "active foreign policy” after taking office.

Mirziyoyev, 60, became Uzbekistan's leader on Dec. 14 after his long-serving predecessor, Islam Karimov, died in September after 27 years in office.

After becoming president, Mirziyoyev launched a five-year plan -- the "Strategy of Action" -- to run until 2021.

"This strategy will encompass the five top priority directions related to state building, improvement of the judicial system, liberalization of the economy, acceleration of development of the social sphere and implementation of an active foreign policy," he told parliament on Dec. 14.

Mirziyoyev said the "noble" task ahead was to build a consistently and steadily developing, free, prosperous and democratic Uzbekistan.

"We are open for close cooperation and practical dialogue with all states in the world," he added.

Since Mirziyoyev took office, he has visited 13 countries, including Russia, China, Saudi Arabia and the U.S.

Mirziyoyev was the first Uzbek leader to visit the neighboring republic of Kyrgyzstan in 17 years, after a relationship dogged by border disputes.

Mirziyoyev and his Kyrgyz counterpart Almazbek Atambayev signed an agreement in early September on the demarcation of 1,170 kilometers (727 miles) --more than 80 percent -- of their shared border.

Tajikistan was the only bordering country which Mirziyoyev has failed to visit so far but contacts have been made at the deputy prime ministerial level to enhance political and economic ties.