Security forces have rounded up ethnic Uzbeks in southern Kyrgyzstan and tortured some, U.N. said. 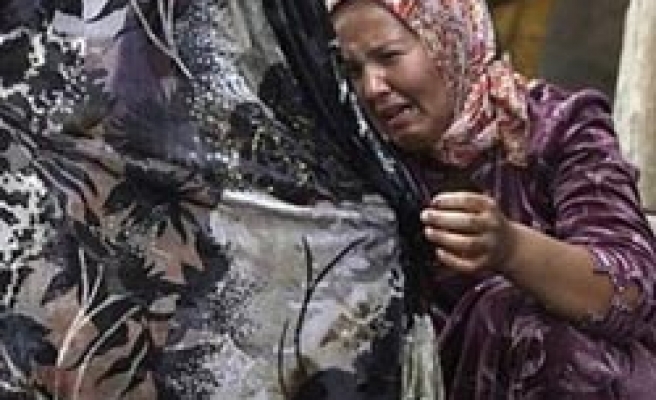 Security forces have rounded up ethnic Uzbeks in southern Kyrgyzstan and tortured some, pulling out their fingernails and burning them with cigarettes, the United Nations said on Tuesday.

The violations also jeopardised a fragile peace six weeks after clashes between ethnic Kyrgyz and Uzbeks in which at least 300 people were killed and thousands of homes burned down in the main southern cities of Osh and Jalalabad.

"My staff in Kyrgyzstan have received information suggesting that local authorities are routinely turning a blind eye to illegal arrests, torture and ill-treatment of detainees leading to forced confessions," Pillay said in a statement.

"We have reports of sustained, or repeated, beatings."

The U.N. human rights office was in close touch with authorities in Osh, who say they have received very few complaints of torture and mistreatment, thus making it hard for them to take action, Pillay's spokesman Rupert Colville said.

"But we believe that's precisely because the victims and their families are afraid of reprisals," he told reporters.

More than 1,000 people have been detained in Osh and Jalalabad since the violence in June, according to Pillay's statement.

Large numbers of young men, virtually all ethnic Uzbeks, have been arbitrarily detained and subjected to mistreatment by police, military or local militia forces, it said.

"The information, a lot of it is obviously hard to verify at this point. For example we have unsubstantiated, but we don't have particular reason to doubt it, information that the torture goes considerably beyond beatings," Colville told a news briefing in Geneva.

"That people have had fingernails removed, sharpened sticks inserted between the fingernails and the flesh, asphyxiation, burning with cigarettes, beatings with rubber batons or rifle butts, punching, kicking etc," he said.

"We've also heard accounts of detainees -- but again, we can't absolutely verify this -- being beaten, punched or kicked until they sing the Kyrgyz national anthem perfectly, or speak some sentences in Kyrgyz without any trace of a 'foreign', i.e. Uzbek accent," he said.

He cited an unconfirmed report that one man died after his release as a result of ill-treatment received during detention.

The International Committee of the Red Cross has visited some Kyrgyz detention centres and is currently negotiating an accord with Kyrgyz authorities to visit all detention centres, an ICRC spokeswoman said. She declined to comment on conditions.

Separately, Medecins Sans Frontieres (Doctors Without Borders) voiced concern at cases of violence that its medical workers were being called on to treat in a climate of fear.

"Every day, in our mobile clinics and health facilities with which we collaborate, our medical teams treat patients who recently suffered heavy beatings or who even show signs of torture. Many people, especially from the Uzbek community in Osh, told us they are not going to a public medical structure as they are afraid of being arrested," Andrei Slavuckij, MSF Programme Manager for Kyrgyzstan, said in a statement.

MSF and Pillay's office both voiced concerned that armed men were present in and around some health facilities in Osh.

Security forces have rounded up ethnic Uzbeks in southern Kyrgyzstan and tortured some, pulling out their fingernails and burning them with cigarettes, the United Nations said on Tuesday.
the same happens in Egy