Bangladeshi court will deliver its verdict in the trial of Ghulam Azam on Monday. 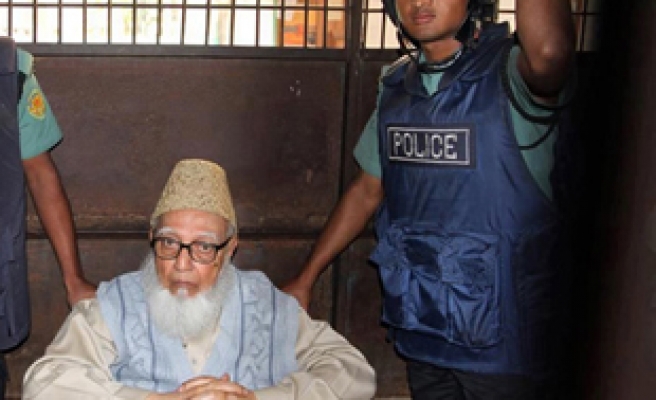 The first war crimes tribunal of Bangladesh will deliver its verdict in the trial of former Jamaat-e-Islami chief Ghulam Azam on Monday.

Prosecutor Zead-Al-Malum said at a media briefing on Sunday.

The war crimes trial hearing involving Azam had ended on Apr 17 but the verdict was kept pending.

Chairman of the three-judge International Crimes Tribunal-1, Justice ATM Fazle Kabir, had said the verdict was being held back as the court needed to consider the matter further.

Perhaps in the most politically sensitive and legally significant trial, the hearing in the former Jamaat chief Azam’s case came to an end about 11 months after his indictment.

The former chief of the political outfit is accused of five war crimes including complicity, planning and conspiracy during Bangladesh’s Liberation War in 1971.