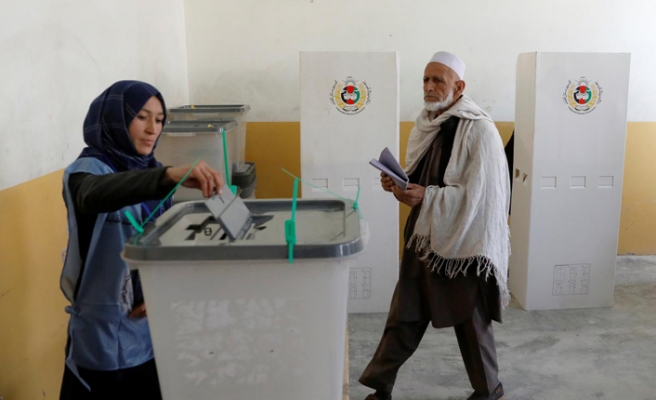 At the conclusion of the landmark parliamentary election in Afghanistan, President Mohammad Ahraf Ghani on Saturday called upon the Taliban to respect the people’s verdict and shun violence.

Voting on the second and final day for the long-due Afghan parliamentary elections concluded at 06.00 p.m. local time (1330GMT), amid violent attacks by the Taliban and an array of technical glitches.

Ghani appeared on the state-owned Radio Television Afghanistan, moments after the end of voting time to thank the voters as well as the security forces and electoral staff for their efforts to realize the dream of holding the polls.

“You [voters] have proved to the Taliban that this nation cannot be won by force. You [voters] had clear threats from the Taliban, but you demonstrated your will with force, and did not surrender,” Ghani said.

He pronounced the notable participation of women in the polls as “historic.”

Abdul Badi Sayad, head of the Independent Election Commission (IEC), told a news conference later in the evening that the turnout was “impressive,” 45 percent. He said 67 percent male and 33 percent female participated in the polls.

The IEC has also announced to hold polls in Kandahar province on Oct. 27 as the elections were delayed for a week following deadly Taliban-shootout there, claiming the lives of the police and intelligence chiefs on Thursday.

The UN Assistance Mission in Afghanistan (UNAMA) said in a statement late Saturday night it was encouraged by the high numbers of Afghans who turned out to vote.

“Those voters deserve to be commended for carrying out their civic duty. Those eligible voters who were not able to cast their vote, due to technical issues, deserve the right to vote,” read the statement.

UNAMA also noted that electoral officials had taken steps to ensure that no eligible voter be denied their right to vote and plans were being put in place to enable citizens of Kandahar to vote next Saturday, read the statement.

The local media reported killing of more than 60 people in election related violence across the country in two days.

According to the IEC, at least 8.8 million people obtained voter cards to cast votes for 2,500 candidates who are running for the Wolesi Jirga (lower house of the parliament).

More than 70,000 security and defense forces were assigned to ensure security of the parliamentary elections.