'We have a deal' - insurance may unlock India-U.S. atomic trade

Indian and U.S. diplomats said the idea was to transfer the financial risk to insurers in case of an accident. 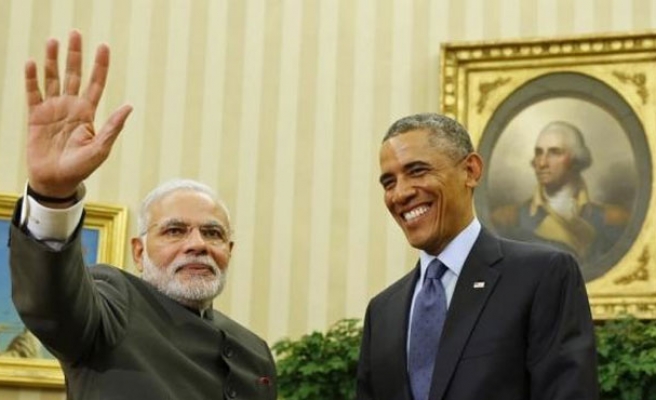 Prime Minister Narendra Modi and U.S. President Barack Obama unveiled a plan centered on insurance on Sunday that they hope will convince U.S. companies to build nuclear power stations in India, but stopped short of demands to soften a liability law.

With the 1984 Bhopal gas tragedy still fresh in India's mind, parliament five years ago passed a law that makes equipment suppliers ultimately responsible for an accident, a deviation from international norms that the companies found hard to swallow.

"We have reached an understanding, the deal is done," she said at a media briefing.

Details of the new plan were sketchy, but Indian and U.S. diplomats said the idea was to transfer the financial risk to insurers in case of an accident.

"The India nuclear insurance pool is a risk transfer mechanism which is being formed by GIC Re and four other public sector undertakings in the general insurance business in India," foreign ministry joint secretary Amandeep Singh said.

After India and Washington first reached a nuclear deal in 2006, nuclear commerce worth billions of dollars was meant to be the centerpiece of a new strategic relationship, allowing New Delhi access to nuclear technology and fuel without giving up its weapons program. But the liability issue blocked progress.

GE-Hitachi Nuclear Energy said it would review the governmental agreement in due course.

"We believe a sustainable solution is one that brings India into compliance with the International Convention on Supplementary Compensation," the company, a joint venture of General Electric and Hitachi Ltd, said in a statement.

Both GE and Westinghouse have already been given land in Gujarat and Andhra Pradesh to begin construction of reactors.

India's foreign secretary Singh said there was a bilateral understanding that India's law was compatible with the Convention on Supplementary Compensation. India has yet to ratify the convention.

It is also likely that India will need a similar deal with Japan since many of the reactor components used by the joint U.S.-Japanese companies come from there.

Toshiba Corp's Westinghouse Electric Co praised the developments on Sunday, and said it looked forward to further meetings and discussions, including a planned "insurance seminar."

"Westinghouse is pleased that the U.S. government and the government of India continue to make progress to resolve issues that will enable Westinghouse and other U.S. companies to participate in India's growing nuclear energy market," the company said in a statement.

On Sunday, Richard Verma, the U.S. ambassador in New Delhi, said the new plan was based on a memorandum of law and would not require new legislation at this stage.

Until recently, U.S. officials have said that the best solution would be to change the liability law.

That is deemed politically impossible by the Indian government, in a country that suffered thousands of deaths when U.S. company Union Carbide Corp's pesticide factory leaked gas in 1984. Activists are still seeking financial compensation and a clean-up of the site by parent Dow Chemical Co.

Modi is committed to increasing India's low carbon energy sources to cut a reliance on coal, and nuclear is intended to be a major part of the energy mix. But progress on projects has been slow.

Under the workaround, the Indian state-run insurance company GIC Re and three others would contribute 7.5 billion Indian rupees ($122.09 million) to the pool and the balance would be contributed by the government on a tapering basis, joint secretary Singh said.

"It is similar to 26 such international pools around the world. The details of the premiums are being worked out and the U.S. has committed to work with India to share information and best practices on the formation of this insurance pool."

"This is a complete risk management solution for operators and suppliers without causing undue financial burden," he said.