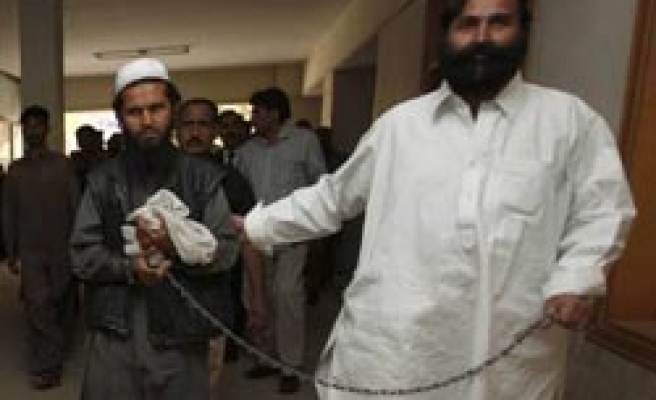 It's been one week since Pakistan released top Afghan Taliban leader Mullah Abdul Ghani, better known as Mullah Baradar, but nobody -- including Baradar's own family -- seem to know his whereabouts.

"We have come to know only through media that he has been released by Pakistani security agencies," one of Baradar's Karachi-based relatives, preferring not to be named, told the Anadolu Agency. "But we don't know where he is."

"We haven't seen him so far," the relative added. "Security agencies have not formally informed us of his whereabouts and he did not contact us."

Mullah Baradar was released by Pakistani authorities on September 21 at the request of Afghan President Hamid Karzai during the latter's visit to Islamabad a few weeks ago.

Karzai believes Baradar can persuade Taliban Supreme Leader Mullah Omer to negotiate with the Kabul regime directly with a view to ending the more than decade-long insurgency in the war-torn country.

Speaking on condition of anonymity, an intelligence official told the AA that Mullah Baradar was still in the custody of Pakistan's intelligence apparatus in a Karachi safe house.

"He hasn't made any contact with the Taliban, whether in Pakistan or Afghanistan," said the intelligence official.

Local media had earlier quoted intelligence sources as saying that Baradar had contacted some Pakistani Taliban leaders based in North Waziristan, whom he urged to broker a ceasefire with Pakistani forces.

According to the intelligence official, things have yet to be fully sorted out between the Pakistani establishment and Baradar.

"Pakistani officials are still engaged in negotiations with Mullah Baradar [aimed at] persuading him to play a role in the reconciliation process," the official said, going on to predict that Baradar would soon be allowed to move freely.

Baradar was arrested in Karachi by Pakistani security forces in February of 2010.

Intelligence and family sources, however, speak of "major differences" between Pakistani officials and Mullah Baradar.

According to the intelligence official, Baradar wants to move to Turkey, where some key Taliban leaders are allegedly based.

Pakistani intelligence agencies want him to stay in either Saudi Arabia or the United Arab Emirates (UAE) to allow him to help broker peace talks between Karzai and the Taliban.

"Mullah Baradar wants to meet and stay with Mullah Moatasim Agha, another close aide of Mullah Omer who escaped from Pakistan a month after Mullah Baradar's arrest in 2010," said the intelligence official.

"Mullah Moatasim, too, was in the custody of the Pakistani intelligence agencies before being released and attacked," he added.

"Mullah Baradar wants to go to Turkey to meet Mullah Moatasim before starting contacts with other Taliban leaders, because the latter was the one who had earlier been assigned this task by the Pakistani establishment," the official claimed.

Secondly, he suggested, Baradar wants to resolve certain "misunderstandings" with Mullah Moatasim, caused by the latter's arrest and an armed attack on him following Baradar's arrest.

Islamabad-based security expert Hamid Mir cited a wider crisis of confidence between the Taliban and the Pakistani security establishment.

"I see a major trust deficit between the two sides behind these differences," Mir, the last journalist to interview slain Al-Qaeda leader Osama Bin Laden in 2002 in Afghanistan, told the AA.

"I do not think that the Taliban, including Mullah Baradar, are ready to fully trust Pakistani secret agencies because of some bitter experiences," he added.

Mir suggested that Mullah Moatasim had been released in March 2010, only to be attacked a few days later.

He said Moatasim had survived the attack with multiple injuries, later fleeing to Turkey where he has allegedly stayed ever since.

Mir claimed that the deaths in Pakistani custody of Taliban Defense Minister Mullah Ubaidullah Akhund and Ustad Yasir -- a close confidante of Mullah Omer -- in 2010 and 2011 respectively had put a major dent in relations between Islamabad and the Taliban.

"Some senior Taliban leaders who I saw in the UAE a few months ago personally told me that even the bodies of their leaders were not handed over to them," he told the AA.

"They [security officials] simply sent them pictures of the alleged graves of the slain leaders," he added.

"I do not see any major breakthrough, even if Mullah Baradar is allowed to move freely," Mir contended, insisting that the confidence gap between Pakistani security agencies and the Taliban "first needs to be bridged."