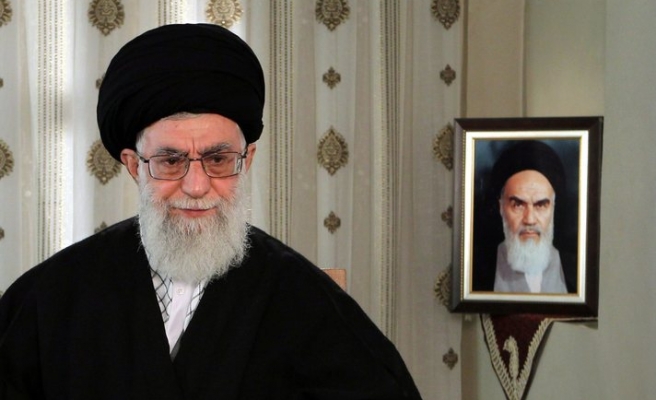 Iranian Supreme Leader Ayatollah Ali Khamenei on Wednesday dismissed harsher West sanctions imposed on Iran this month over its nuclear activity, saying the country was "100 times stronger" than before.

Prices of goods have soared and the Iranian rial has plunged in value as broader, deeper sanctions have been introduced this year targeting Iran's financial and energy sectors.

"The Iranian nation, through life, wealth and loved ones, has stood up to all plots and sanctions and has advanced to the extent that today we are 100 times stronger compared with 30 years ago," Khamenei told a women's conference in Tehran in a speech that was published on his official website.

"These days Westerners are being sensational about sanctions but they don't understand that they themselves vaccinated Iran through their sanctions imposed over the last 30 years," he said. Iran's Islamic Revolution a little over three decades ago toppled the U.S.-backed shah.

Iranian officials regularly shrug off sanctions, saying they have little or no effect on the country. But a combination of increasing unemployment, substantial price rises and rampant inflation is creating tough new challenges for the government.

Industry sources say Iran's oil exports have declined in the wake of the EU crude ban and extensive U.S. diplomatic war to get Iran's main customers to cut their imports.

The United States imposed sanctions in 1979, soon after the Islamic Revolution that overthrew its monarchy. Successive U.S. administrations have added to the embargo, effectively creating a near total ban on any trade between it and Iran.

Senior diplomats from the EU and Iran will meet on July 24 for technical talks to try to salvage diplomatic efforts to resolve the decade-long standoff.