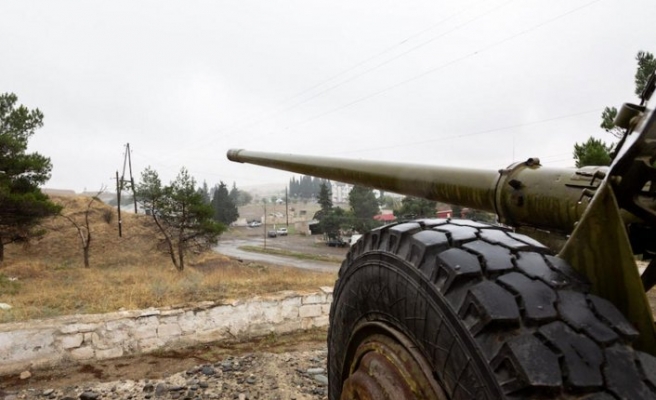 In the wake of the collapse of the Soviet Union, Armenia occupied the Nagorno-Karabakh region, which officially belongs to Azerbaijan. Like the former Soviet Union, the United Nations also recognizes the region as part of Azerbaijan. Therefore, all steps taken by Armenia violate the main principles of international law and Azerbaijan's territorial integrity. The occupation of Nagorno-Karabakh by Armenia is similar to the Israeli occupation of the Golan Heights: The occupier wants to control a strategically important region to take advantage of its foe.

Armenian forces have carried out mass killings in the occupied areas. The Khojaly massacre, which is recognized as a tragedy by the international community and considered a genocide by the Azerbaijanis, was mass murder perpetrated by the Armenian forces. More than 1 million Azerbaijanis were displaced and had to migrate to other parts of the country. The occupation has since become one of the main territorial disputes in the Caucasus region.

Border clashes between Azerbaijan and Armenia erupted in the Tovuz region on July 12 and continued for several days. Both sides accused each other of starting the clash. However, it seems that the Armenians pulled the trigger first.

There are several reasons for the rising tensions in the area. First of all, Armenia wants to control this geopolitically important region, which is at the crossroad of energy pipelines, railways and international highways. Three main pipelines go through this region to Georgia and Turkey. Thus it plays a significant role in securing political and economic stability in Azerbaijan. It is also a trade and transportation route between Ganja and the capital Baku.

Third, Armenia intentionally has opened a new front to divert international attention from the real dispute. It also wants to add new dimensions to the crisis between the two countries to make the Nagorno-Karabakh crisis unsolvable. That is, Armenia does not want to solve the problem, because it knows well that a just solution to the problem requires the withdrawal of Armenia from the region. Therefore, it wants to freeze the problem and continue its illegitimate occupation.

Fourth, the Armenian government exploits the dispute and the tension between the two countries for domestic consumption. Whenever the government loses its popularity, it changes the domestic political agenda. It usually increases the tension with Azerbaijan to secure domestic political stability. Nowadays, Armenia is struggling with the coronavirus pandemic and needs to divert the attention of the Armenian people from domestic issues.

Fifth, Russia, as the main balancer of the region, interferes in the domestic affairs of both countries whenever needed. Russia is the main provider of weapon systems for both countries and wants to control its "near abroad/backyard." Russia is careful not to allow these two countries to fall under the control of NATO or the European Union.

There are no conditions for forcing Armenia to find a solution to the dispute. Neither international public opinion and international organizations nor any global or regional power force Armenia to abide by the principles of international law and withdraw from the occupied Azerbaijani lands.

There are no deterrent measures taken against Armenia, which does not want to find a political solution and give up its gains. A renewed large-scale clash between the two states will endanger the strategically important Caucasus region. Major global powers, like the U.S., the EU and Russia called for an immediate cease-fire, to prevent an escalation of violence that could undermine regional stability.

All mediation efforts and peace talks have failed to find a solution to the problem. On the one hand, Armenia wants to maintain the status quo and renounce the fait accompli. To reach its regional objectives, Armenia will resist any changes on the ground. On the other hand, due to the failure of diplomatic means to solve the dispute peacefully, Azerbaijan will continue to threaten to get the region back from Armenia. However, Azerbaijan cannot take action due to international pressure.

When we compare the two states, we can see that Azerbaijan, which has a larger territory, is three times more populous, economically more prosperous and militarily stronger, has the upper hand. However, global powers like Russia, France and the U.S. have been supporting Armenia against Azerbaijan. They do not allow Azerbaijan to regain control of the Nagorno-Karabakh region. Turkey is the only relevant country supporting Baku against the occupation of its territories.

However, a change in the regional balance of power, which is inevitable, will surely influence the Nagorno-Karabakh issue, because the current status quo is unsustainable.