White House: not visiting Pakistan is in the interest of all three countries

Obama is the second US President after Jimmy Carter to have not visited Pakistan during their India trip. 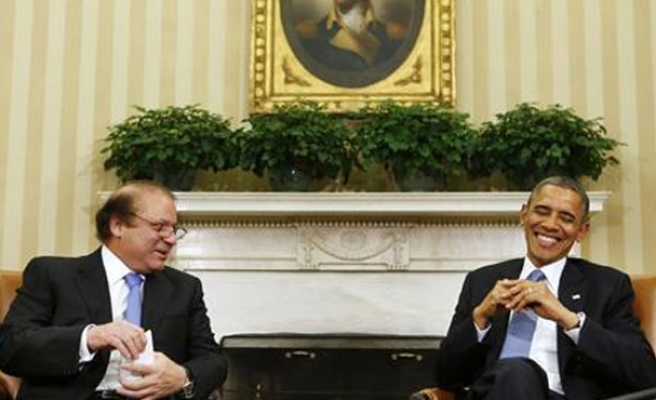 As US President Barack Obama visits India but is not scheduled to visit Pakistan, a senior White House official said on Thursday Obama’s decision to not visit Pakistan is in the interest of all three countries.

Responding to a question whether the White House wrestled with diplomatic implications of Obama not visiting Pakistan and only India, Deputy National Security Adviser Ben Rhodes said, ”Frankly, that’s in the interest of all the three countries.”

Obama is the second US President after Jimmy Carter to have not visited Pakistan during their India trip.

“Considering the sensitivity of the issue, he had called Prime Minister Nawaz Sharif to inform him about his decision to travel to India. The president was not able to visit Pakistan in 2011, as was originally planned, given significant bilateral tensions that year, the Bin Laden raid, and a number of other incidents that took place,” Rhodes said, according to IBN Live.

“I think both countries have acknowledged that. But we’ve moved on. Recently, Secretary (of State) John Kerry was able to visit Pakistan. He was able to visit Peshawar, where the horrific terrorist attack took place. We are able to have a strategic dialogue with the Pakistanis,” he added.

Obama did not visit Pakistan during his first trip to India in November 2010 either. Carter had visited India in January 1978 but skipped Pakistan allegedly because of unstable political situations there after the Ziaul Haq-led military coup overthrew the government of Zulfikar Ali Bhutto.

Further, the senior official said the US’ relationship with India and Pakistan are not at the expense of each other.

“We believe that that relationship (with Pakistan) is on the uptick. It is as good as it has been in years. So we feel confident about our high-level engagement,” Rhodes said.

In an apparent reference to India’s response to a Taliban attack on an army-run school in Peshawar, he said, “I think terrorism is an issue that can unite people who have faced traditional divides. We saw that in the aftermath of the horrific attack in Peshawar, where India was very quick to issue a statement of condolence and reach out to the Pakistani people.”

Earlier, the US urged Pakistan and India to pursue a peace dialogue to resolve their bilateral issues and the recent spate of cross border violations.