Why elections in Kashmir are a farce?

The language the political parties use while seeking votes is in itself a deception. They usually seek votes in Kashmir with either of the two promises – resolution of the Kashmir issue or development. 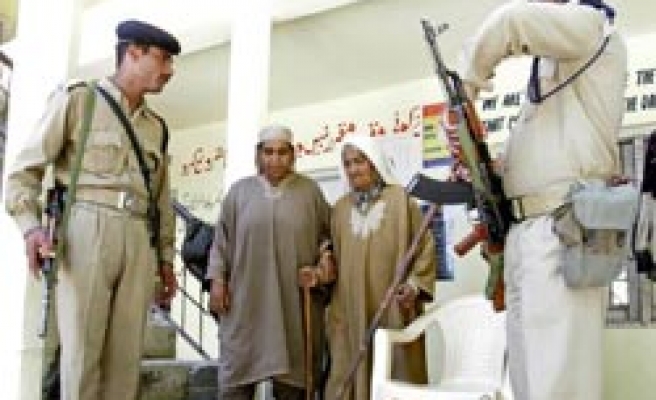 India markets its election process as the largest democratic exercise in the modern world. Although, as a whole, the concept of modern democracy can be challenged with easy mathematics of electoral numbers but the case in point here is Kashmir where elections are a farce more than just because of what they are. Elections in Kashmir are marketed by the Indian establishment as the will of the people to remain with India. Taken at the face of it the claim looks pretty much rational. But this claim falls on its face when we analyse the different dynamics of the elections and voting in Kashmir. Pertinent to say that in the same breath when it projects electoral percentages as the 'will of the people', India rejects any suggestion of holding a referendum in Kashmir which would be the real representation of the will of the people, terming the suggestion as impractical.

Kashmir is going to elections to elect the next local government, in five phases starting November 25. Let us start with the analysis of the division of different electoral constituencies into the scheduled 5 different phases of polling. In the Ist, 2nd, and the last phase of elections the constituencies with the highest expected turnout go for voting. In the middle two phases those constituencies have been scheduled where the expected turnout would inarguably be the least. This should be self-explaining. The Indian media known for its manipulative reporting with respect to Kashmir would be happy to please the establishment with headlines like 'high turnout in the first phase of elections in Kashmir' and 'high turnout in the last phase of elections in Kashmir'. The middle phase where the boycott would be evident would be overran by the news regarding high voter turnout from the first phases. The first and last do have an effect on the audiences which the middle ones do not have.

The language the political parties use while seeking votes is in itself a deception. They usually seek votes in Kashmir with either of the two promises  – resolution of the Kashmir issue or development. But talking explicitly about Kashmir as an issue is bound to raise some eyebrows in New Delhi so they prefer to ask for votes citing the conventional Bijli, Sarak, Pani rhetoric asking people to vote for development and asking them to de-link the election process from what they call 'the larger issue' of Kashmir. But in the same rallies where these politicians ask votes for development, they can be seen, and heard, leveling accusations against each other of being responsible for this and that decision with regards to the Kashmir issue. So, basically they exploit the pro-Independence sentiment of the people against each other and use the development prank just to lend legitimacy to their rallies at the national level in the newsrooms of the Indian media, to be in the good offices of New Delhi. In the process, the hypocrisy of the politicians is laid bare to the people.

Among the various tools which are used to give a fillip to the voting percentage in Kashmir is the propping up of unknown political parties just before the elections. Political parties with fancy names come out of nowhere and field their candidates. This certainly leads to an increased number of people voting. Higher the number of candidates higher is the voting percentage as every candidate has his own, however small, loyal following. This deception was particularly successful in the 2008 elections which were preceded by a mass uprising against the Indian rule in Kashmir. And yes, the relatively high turnout in 2008 elections was also projected as a stamp of legitimacy for the Indian rule in Kashmir. But just a year and a half later Kashmiris were back on the streets against Indian rule, in 2010 – a la intifada.

The electoral constituencies which expect high turnouts are those where the Hindu nationalist parties have sufficiently polarised the atmosphere and those regions where the tribal loyalties of the people are exploited. So, basically people don't vote to vote-in someone, they vote to vote-out the 'other' whose fear has been instilled by the political parties. And in this election, with the Hindu nationalist BJP actively taking part in elections and ambitiously aiming to form the next government on its own, the local political parties have got one more reason to instill a sense of insecurity in the people and goad them to 'vote in large numbers to keep BJP out of power'. Pertinent to mention that BJP recently gave an indication that given they get to form the government Jammu and Kashmir could get its first Hindu head of the government. As a Kashmiri, however, I feel there is little difference as to whichever party comes to power given the way consecutive governments have treated the aspirations of Kashmir.