Jashodaben Modi, 62, who lives in the western state of Gujarat, said she had filed a petition to find out why she has been given security cover since Modi was elected in May. 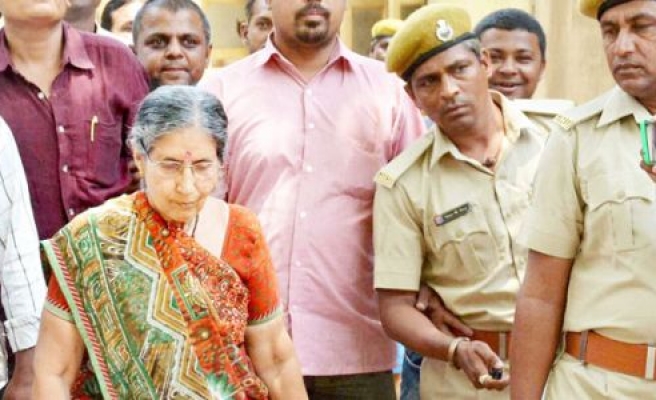 Indian Prime Minister Narendra Modi's estranged wife has questioned the government's decision to provide her with gun-toting bodyguards around the clock, even when she travels in rickety three-wheeler taxis.

Jashodaben Modi, 62, who lives in the western state of Gujarat, said she had filed a petition to find out why she has been given security cover since Modi was elected in May.

"I am surrounded by five security guards all the time. Often my relatives or I have to cook for them, my sister-in-law has to make their beds. This is a bit annoying," Jashodaben Modi told Reuters on Tuesday by telephone.

"You see it gets really chaotic when I have to travel, because I use public transport and the guards are following me in an air-conditioned car."

Modi's wife is a retired primary school teacher who has lived with her brothers since her husband decided to separate from her about 45 years ago, when they were both teenagers.

She has never considered seeking a divorce and leads a life immersed in prayer for Modi's well-being.

She was thrown into the national spotlight when Modi, after years of silence, disclosed his marriage in an election filing earlier this year.

The prime minister has never spoken about his wife, but friends and relatives say they were married off under a family arrangement, a tradition of the time, especially among the poor.

Modi left home soon after, and was drawn into the ascetic life of the Hindu nationalist volunteer group Rashtriya Swayamsevak Sangh, many of whose top leaders practised celibacy to focus on the organisation's cause of nation-building.

The first lady's brother, Ashok Modi, said he supported Jashodaben's decision to file a request seeking information about her security detail under the Right to Information Act.

"The commandos assigned to guard my sister have no official order by which they have been posted at my residence," he said.

The Special Protection Group, an elite force modelled on the Secret Service that guards U.S. presidents, took over Jashodaben's security. By law, it is responsible for the security of the prime minister and his immediate family members.

"I don't want to cause any embarrassment for my brother-in-law and I don't need any fancy treatment, but I expect the government to understand that the security guards are becoming an economic liability for my family," said Ashok Modi.