The United Nations has warned that up to 3.5 million Pakistani children could be in danger of contracting deadly diseases carried through contaminated water. 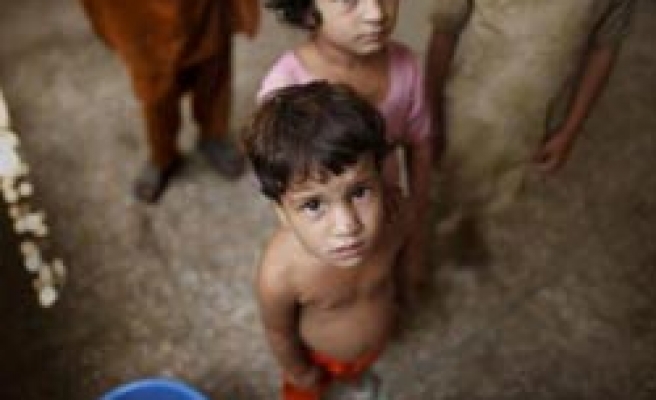 The World Bank will release $900 million to help fund relief efforts for Pakistan's flood disaster as its economy is afraid to face a serious downturn after flood costs is nearing $15 bln.

Charities and relief forces say much more aid were needed as international agencies warned millions of people were at risk from disease.

Up to 1,600 people have been killed and two million made homeless in Pakistan's worst floods in decades.

Hundreds of villages across Pakistan, one of the poorest countries in Asia, have been marooned, highways have been cut in half and thousands of homeless people have been forced to set up tarpaulin tents along the side of roads.

The World Bank funds will come through the reprogramming of planned projects and reallocation of undisbursed funds, but it did not say how it would be utilised to aid flood victims.

"We are reprioritising to make the funds immediately available," said Mariam Altaf, a spokesman for the World Bank.

Public anger has grown in two weeks of floods, highlighting potential political troubles for an unpopular government as aid failed to keep pace with the rising river waters.

On Monday, some Pakistani flood victims blocked a highway to demand government help as aid agencies warned relief was too slow to arrive for millions without clean water, food and homes.

Pakistan's High Commissioner to Britain, Wajid Shamsul Hasan, told Reuters the cost of rebuilding could be more than $10 to $15 billion.

Pakistani stocks ended down 2.9 percent on Monday on fears the impact may be more damaging than first estimated.

He appealed to the international community to provide funds for relief and reconstruction.

The government has been under fire for its perceived inadequate response as Islamic charities have stepped in to provide aid to flood victims.

Only a quarter of the $459 million aid needed for initial relief has arrived, according to the United Nations. That contrasts with the United States giving at least $1 billion in military aid last year to launch military offensives in its tribal regions.

U.S. put pressure on Pakistan to keep its military forces in tribal regions which they hold attacks on Taliban despite much more relief and rescue forces were needed in flood zone where around 2 million peple were affected.

The U.N. has reported the first case of cholera. In a statement issued in New York, it said the greatest threat was from acute watery diarrhoea and dysentery, but that hepatitis A and E and typhoid fever were also significant risks.

Victims are relying mostly on the military and foreign aid agencies for help.

Donkeys come to the rescue in Pakistan floods-PHOTO