Kashmir Solidarity Day is being observed in Pakistan and Kashmir today. 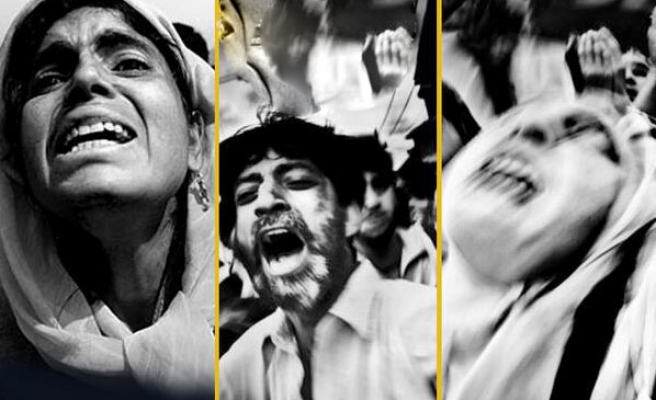 Kashmir Solidarity Day is observed on February 5 every year in order to draw the world's attention to the Kashmir issue, which has gone unresolved for over half a century.

The solidarity day is observed in both Pakistan and the countries which condemns the Indian occupation of Kashmir.

The day is a national holiday in Pakistan, ashas been practice in the country since 1990, to enable the people to participate in various activities highlighting the day and expressing solidarity with the people of Indian held Kashmir.

Many banners and posters have also been displayed on many prominent places, roads and intersections of the capital.

Prime Minister Nawaz Sharif said that Pakistan is committed to the resolution of all outstanding disputes with India, including Jammu and Kashmir, through dialogue. He also invited New Delhi to engage in a comprehensive, sustained and result-oriented dialogue process.

In a message on the occasion of Kashmir Solidarity Day, the prime minister said a just and peaceful resolution of the Jammu and Kashmir dispute in accordance with the aspirations of the people of Jammu and Kashmir is a sine qua non for a lasting peace in South Asia.

He also urged the international community to play its due role in securing Kashmiris right of self-determination. He said Pakistan will continue playing its constructive role towards a peaceful solution of the Jammu and Kashmir dispute.

Pakistan’s domestic as well as foreign policy has always been directed towards resolution of the Kashmir issue as per the aspirations of Kashmiri people. The cause of Kashmir stands at the highest priority for Pakistan.

On the contrary, India has always denied the right of freedom to the innocent Kashmiri masses and tried to suppress their voice through extra-judicial mass killings, arbitrary arrests, ruthless and inhuman torture and sexual molestation, using the instrument of the Indian security forces.

According to statistics, in the last twenty four years 93,979 innocent Kashminis have been killed, with 7,014 Kashmiris dying in custody. 107,466 children have been orphaned and 10,084 Kashmiri women have been raped.

The discovery of unidentified mass graves in Kashmir is also another dark chapter of human rights violations.