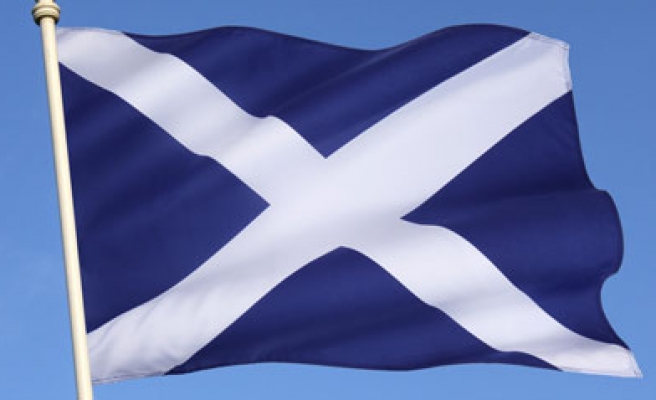 As Scotland heads to the polls this week to vote on whether to become independent, one country with restive regions of its own is watching the debate unfold with nervousness and some mystification - China.

China has every reason to look askance at the idea of regions separating. It is facing persistent unrest in far-flung and resource-rich Tibet and Xinjiang (East Turkestan), and also the matter of Taiwan, the self-ruled island China claims as its own.

In 2005, China enacted an "anti-secession law" that allows it to use force on Taiwan if deemed necessary. The law was seen as a warning to Taiwan's then-president, Chen Shui-bian, who angered the mainland with his independence-leaning rhetoric.

Chinese Premier Li Keqiang said during a visit to London in June that he respected the wishes of the British people but he hoped that Britain would remain united.

Officially, China's Foreign Ministry is not commenting on the Scottish vote, saying it is an internal matter.

A diplomat in Beijing said all a 'yes' vote for an independent Scotland would mean for China would be "another ambassador".

But China has in the past not been so tolerant of some independence movements around the world.

For example, China has yet to recognise Kosovo's unilateral secession from Serbia in 2008, though that came about after a war and in the teeth of opposition from Serbia.

Wang Yiwei, director of the Centre for European Union Studies at Beijing's elite Renmin University, said the Scotland case would be different, as independence would be the result of a referendum supported by the central government.

"If Scotland votes for independence and that's accepted by Britain then China has no cause to oppose it," Wang said.

As China would never agree to referendums in Tibet or Taiwan, it need not worry about anything similar, he said.

"The conditions simply don't exist for this to happen in China," Wang said.

NOT PLAYING THAT GAME

Chinese state media, though, has engaged in a degree of hand-wringing about the Scottish debate.

On Monday, the Global Times, an influential tabloid published by the Communist Party's official People's Daily, expressed worry about the precedent an independent Scotland could set for other countries, though it did not name China.

"An incredibly large number of nations will suffer from secessional movements if other nations follow Scotland's example," it wrote in an editorial in its English-language edition.

But China would not go down that path, the paper wrote in an editorial last week.

"China, as a country with a complex history and numerous minorities, will certainly never play this game the British are playing," it wrote.

Despite often bitter disputes in recent years between China and Britain over human rights and the future of the former British colony of Hong Kong, China values Britain as a strong supporter of free trade, diplomats say.

A diminished Britain would therefore be bad for export-reliant China as it seeks international support against trade protectionism.

Chinese newspapers have given broad coverage to the huge economic and financial consequences of a Scottish independence vote, with some questioning why an apparently successful country would want to take such a risk.

The Beijing News wrote last week that if Scotland became independent then Britain would be reduced to the level of a "third-rate country", especially if a couple of years down the line it left the European Union.

"It will simply slip into being a tourist hot spot and a museum, no longer a centre of global politics, finance and culture," the newspaper wrote, in a commentary widely picked up on the websites of other Chinese newspapers.