The Wall Street Journal, citing documents from Malaysian investigators, said the $15 million went towards clothing, jewelry and a car as well as to politicians before 2013 elections 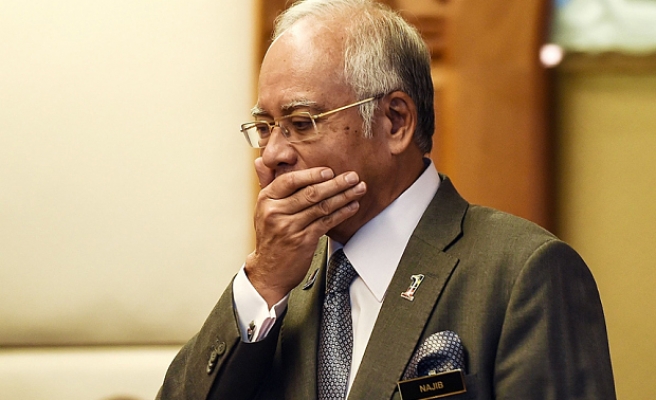 The Wall Street Journal, citing documents from Malaysian investigators, said the $15 million went towards clothing, jewelry and a car.

Some of the spending occurred when Najib, accompanied by his wife Rosmah Mansor, was on a trip to Hawaii where he met with President Barack Obama, it said in the report Thursday.

Rosmah has been the subject of numerous reports over the years detailing her taste for luxury spending when many Malaysians complain of rising prices and stagnant incomes.

Najib is under pressure to explain why he accepted hundreds of millions of dollars in mysterious overseas payments to the accounts which the Journal said were used for the lavish spending.

Najib, 62, has repeatedly denied that the money was siphoned off from a now-struggling state firm, 1Malaysia Development Berhad (1MDB), and says he is the victim of a political conspiracy.

But the Journal has reported that documents it has reviewed indicate the funds came from 1MDB and totalled more than $1 billion.

Najib at first denied reports last year that he had received the overseas payments. But his government now acknowledged that he received $681 million.

The government says it was a gift from the Saudi royal family -- most of which was  given back -- to "promote moderate Islam".

That explanation is yet to be confirmed by Saudi Arabia and is widely dismissed in Malaysia as a cover story.

The newspaper's report said tens of millions of dollars were paid out to political figures in more than 500 payments ahead of 2013 Malaysian elections.

The report said more than $130,000 was spent at a Chanel store in Honolulu two days before Najib played golf with Obama in December 2013.

Najib took power in 2009, promoting himself as a reformer and moderate Muslim.

But his government has taken a number of steps to stifle free speech and democratic rights, especially as outrage over the financial scandal has grown.

No immediate reaction to the new report was seen from Najib's office.

1MDB issued a statement reiterating it had never provided money to Najib.

Swiss authorities said recently up to $4 billion may have been stolen from Malaysian state firms and that they were investigating possible fraud and money-laundering.

Najib has staved off pressure to resign by purging ruling-party critics.